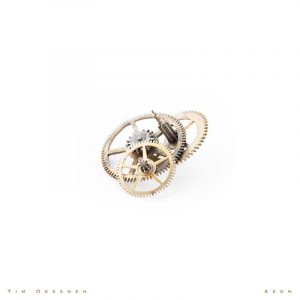 Queensland, Australia based artist Tim Oksanen has been perfecting his craft for most of his life. Starting his foray into music as a performer in special church events in his youth, Oksanen started writing and recording his own music at the age of 16. He released his first album Red in 2017, and has followed it up this year with his sophomore release, Aeon.

Like begets like – powerful life experiences often create powerful music. Oksanen was deeply affected by his parent’s divorce, which occurred around the same time as the birth of his first child. These contrasting emotions of joy and pain, of trauma and of hope, were the foundation of Aeon, and the authenticity and true feeling shine through in this music with abject clarity.

The album opens with Snow in the Summertime, and it immediately offers a poignant metaphor for the personal struggles that Oksanen endured:

The modern and accessible nature of the melody makes this as catchy as it is fraught with emotion – no easy feat for a songwriter. The gorgeous featured vocals of Brittni Brady are an especially enjoyable addition, her powerful and bright voice a perfect vessel for the exceedingly well-composed lyrics.

True Love Knows no End is a gentle piano ballad with a very cinematic feel. Here we get a taste of Oksanen’s vocals, and they’re nuanced and genuine, a soft and clear beacon of light among dramatic production. The harmonies in the chorus of this track are particularly noteworthy, subtle but effective layers of perfectly blended voices.

We see a lighter side of Oksanen when we get to Caught Up. With a brighter timbre and a jazzy undertone, this song embodies hope and lightness. It’s a definitive change of pace from the first half of the album, and it showcases Oksanen’s compositional range.

We also love Audience of One for its dreamy sound and taste of honesty. It’s got a bit of a Jack’s Mannequin energy, almost alternative pop in its execution with soaring piano melodies driving the track along its soft and subtle build.

The absolutely pure emotion that radiates from every measure of Waiting for a Miracle makes it a standout on the album. It will resonate immediately with anyone who ever wishes to step back in time for a minute, to live in a moment before bad news and a tragic new reality took hold. Each lyric is simple and straightforward, and together they paint the picture of longing for the past with definitive precision. And it’s all only intensified by the stunning vocals of Oksanen’s wife Naomi Oksanen, on top of a collection of dark and dynamic keys and strings. Fervent, haunting, and beautiful.

Tim Oksanen has proven himself able to find musical fuel in the peaks and valleys of his life, artfully pulling from his own experience to craft dramatic songs with universal messages, despite the truly personal nature surrounding their creation. Excellent songwriting, strong vocals from all performers, and high-level production that only serves to elevate these tracks even further – this album is the whole package, and it’s well worth the listen. Fans of piano-led indie-pop will be right at home on Aeon, but so will those looking for something a little more authentic – this one seems to have a little bit of soul in every line.

BELOW:  Listen to Aeon by Tim Oksanen and connect with his website and social media platforms. Please support Tim Oksanen by visiting him online, and playing, downloading, and/or purchasing his music, or attending a live show! And, as always, thank you for supporting real music!

Listen to AEON by TIM OKSANEN: