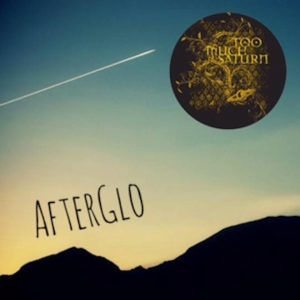 Self-defining their sound as Midwest Indie Power Pop, the Chicago, IL foursome known as Too Much Saturn (TMS) are a collection of players from several other former Chicago-area bands, including:  Great Big Noise, Double Play, Scheme, The Quick, Trendoids and The Vandalays.

“Too Much Saturn not enough moon—it’s about imbalance”

—Dave Franco of Too Much Saturn

Past projects include 2013’s Moving Forward Sideways (album), and 2015’s Shake Someone (single). Their latest single, AfterGlo, (the first of three singles to be released in 2017), is a catchy, cathartic number with memorable vocal hooks and harmonies, and a super-chill 90s rock vibe reminiscent of Collective Soul. In drummer Dave Franco’s own words, “The song is about seeing your life from the perspective of someone older, and that perspective allows you to see what is really important.” 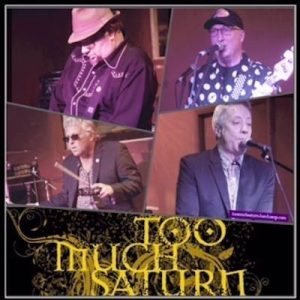 Ultimately, TMS’s message is simple and, once again, arguably cathartic:  Go for it. Go hard. And, try not to get too stressed out in the process…

BELOW, you can listen to Too Much Saturn’s single, AfterGlo, and connect with their social media platforms. Please support Too Much Saturn by visiting them online, and playing, downloading, and/or purchasing their music. And, as always, thank you for supporting real music!

Listen to Too Much Saturn’s single, AfterGlo: