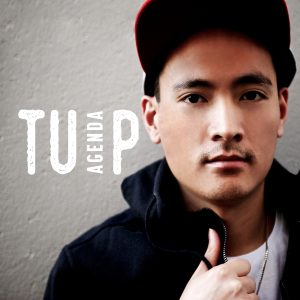 There’s an absolute need for music that resonates with the struggles facing people across the globe right now. We’re living in an incredibly challenging time for so many reasons, and it only makes sense that so many turn to the artists of today in hopes that they can make some sense out of all of the chaos. One such musician – who has an incredible handle on the plagues of the world (literal and figurative) – is hip hop artist Tu P.

Based in Brisbane, Australia, and by day working as a doctor in both family medicine and youth mental health, Tu P has drawn on both his experience in the medical frontlines as well as his experience living as a 2nd generation immigrant in a Vietnamese refugee family as inspiration for his music.  He released his first album Made of Jade in 2013, and this year he’s following it with his sophomore effort, Agenda. In this new project, he looks far beyond his own experiences for musical fuel – this album covers climate change, child protection, terrorism, Coronavirus, healthcare, the arts, and many other extremely relevant issues that will easily resonate with people across the globe as we battle all of these issues simultaneously. 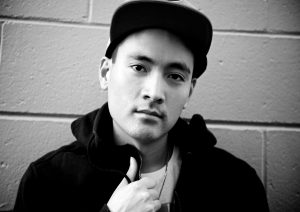 At a full 20 tracks, there is so much material to dig through and unpack in Agenda. But we think you’ll find that despite this, the album seems to fly by – with so many hard-hitting topics delivered in such an expert way, it’s easy to find yourself lost in Tu P’s material.

Take Can’t Breathe, for example. It arrives at the halfway point of this album, and after ten tracks one could easily think that the premiere material on this album would be already behind us. But instead, Tu P delivers an incredibly insightful look into the world of black culture through the eyes of someone who is only a “guest” within it, in his words. He speaks of working as an ally to the black community struggling with police violence while acknowledging that finding the solution to this problem is a complex and challenging obstacle. Mind you, he manages to bring all of these concepts to life via rapid-fire rapping over some expertly produced beats.

There are several tracks on the album that blend two profound issues into one cohesive song. Reap What We Sow is one of these. It tactfully critiques two completely separate government issues – child protection services and engagement in the Middle East. While on the surface it would seem that these issues have little in common, Tu P uses the title metaphor to illustrate the government’s cause and effect in each area. The chorus combines the thoughts in simple but effective words:

“Reaping what we sow, yeah we tried,
But we’re causing hurt and woe, hearing them cry,
And now the problem starts to grow, rain forecast
Too early to just quit and go, undo the past”

These are challenging enough topics to write about on their own, but to be able to bring them together in song and unify them with a straightforward metaphor indicates that Tu P is a very skilled songwriter.

We’ve heard our fair share of COVID-19 related songs since the start of the pandemic, and overwhelmingly they skew aggressively positively, exulting humanity’s ability to come together over a difficult situation. In Coronavirus: The Worst And Best Of Us, Tu P gives us a much more realistic look at how the world has handled the pandemic – truly a glimpse into our numerous failures alongside our successes. He lambastes politicians, conspiracy theorists, the media, and others for their actions throughout this crisis, but follows this with praise for the doctors, scientists, small businesses, and general human ingenuity and enduring spirit that have all been critical to maintaining home throughout everything. The honest discussion about both sides is a fresh take on the situation.

Here/There On Fire discusses the Australian wildfires that ravaged the region earlier this year. As an Australian himself, there’s a lot of great insight into this situation, offering a perspective that those living elsewhere might not have had access to. Tu P talks of government failures to prioritize fighting the blaze, instead focusing on power and control while firefighters suffer and people lose their homes and lives. This is another track – like so many on this album – where it’s endlessly easy to speak about the lyrical content because it’s so well-written, relevant, and intelligent. But that shouldn’t take away from the production side of things – these are all exceptionally well-produced songs, with definitive modern production, driving beats, and balanced instrumentation.

Another standout on this album is Save Our Seas. This track has already seen a bit of success, including a feature in Inquisitor and 1.7 million Facebook video views, and also features Marxsick from The Philippines and Mei Lee from Malaysia. This song is a powerful, rallying cry, joining those from nations across South East Asia together. Each nation has its own individual struggles, from drug and gun violence to political corruption. However their histories are all similar, and while they cry out for help in their troubling times, they also call out to each other to unite as one. It’s a wonderful and strong sentiment, and a topic that is possibly never touched on in popular music – but that doesn’t diminish its importance.

A number of tracks fit this bill. The intricacies of the role that stress plays in young adult lives in I Can’t Sleep, the brilliant tribute to Tu P’s parents Wellspring, the battle cry for minorities groups struggling under authoritarian rule in Free Tibet, Free The Ughurs – all of these are well-written, well-produced, truly excellent pieces of music that we thoroughly enjoyed. However, if we have to pick one, we’d like to shine the spotlight on the one track that’s about Tu P himself, Respect My Hustle. We spend so much time on global issues on this record that it’s nice to get a look at the artist himself. In this track, Tu P details his own personal struggle to gain a foothold in the world of hip hop:

“My folks ran the despair in their homeland
Accepted by humanitarian programs
I studied hard to prepare to be a grown man
But they weren’t aware that I had my own plan
I team with, the producers up and coming
And we click, spitting when the drum is thumping
dream big, both of us up and running
Defeated, the notion we’d amount to nothing”

Oh, and did we mention that this one is extraordinarily catchy? We suspect you’ll find yourself humming “It’s my hustle, it’s not yours” to yourself long after this album has finished. It’s an excellent closer for an excellent album.

Insightful, intelligent, poignant, and brutally, refreshingly honest. Unquestionable musical skill combined with an unparalleled ability to dissect the problems of society with both a critical and relatable lens. A truly welcome shift in the hip-hop genre, where the primary focus is not on the individual struggles and successes but rather on issues that affect us all, given to us in doses by way of relatable stories and excellently produced music. We’re blown away by this album. The world could use more artists like Tu P at times like these, taking a hearty dose of the ills of our world and transforming them into something inherently good. We could write more than a few pages about how much we enjoyed this album – but instead of reading about it, just do yourself a favor and listen to Agenda.

BELOW:  Listen to Agenda, and connect with his website and social media platforms. Please support Tu P by visiting him online, and playing, downloading, and/or purchasing his music, or attending a live show! And, as always, thank you for supporting real music!

Listen to AGENDA by TU P: