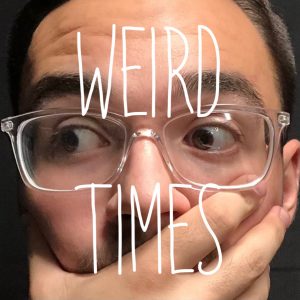 Connecticut-based multi-instrumentalist Tyler Suarez has devised perhaps the perfect project to conclude the chaos and uncertainty that defined 2020. On the very last day of the year, he’s released an EP titled Weird Times.

Weird Times is a follow-up to his release earlier this year, Audio Portrait U.S.A – an ambient instrumental album. This release, more heavily driven by vocals, is “a culmination of the seconds, minutes, and hours that Tyler was able to sit and just be—forgetting about the world” according to the artist, who wrote, recorded, mixed, mastered, and produced this project in his home studio “Area 111.” The result is a wonderfully inviting, nostalgic alt-rock/pop-punk mix of tracks that melds its energy with a heady dose of insightfulness.

The EP opens with the acoustic-driven It’s Always “When”. Defined by close harmonies and gentle and deep backing instrumentation, this track feels like it could have been lifted from Punk Goes Acoustic in 2003. Optimistic in execution but just slightly melancholy in the lyrics, this is dripping with sentimentality for fans of The Starting Line or Yellowcard. This first song also seems to sum up this past year in its opening lines, painting a picture of a year that was lost due to a situation beyond your control:

The title track Weird Times brings energy and a more classic alt-punk-pop sound. Intricate guitar riffs, hard-hitting rhythms, and socially poignant lyrics; this song discusses a range of issues from wage inequality to police brutality. Suarez does a great job of capturing the unrest and general angst that has risen to a peak with the majority of the American population this year, while still tying it together with an earworm of a hook. 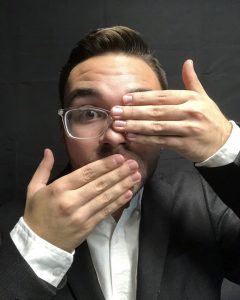 Manically Depressed takes the EP in a bit more of an electro-soft-rock direction for a moment, leading with an immediately ear-catching understated and electronic drum and keys, synths slowly winding their way to the forefront. Mellow and unassuming for the first three minutes, this track blooms in its last 60 seconds, exploding into a frenzy of crunchy, distorted guitars and huge percussive hits. It’s unexpected and captivating, before fading out as quickly as it came.

The EP concludes with A Long Day of Self-discovery, by far the longest on the project at over 5 minutes. The verses are heavy, edgy furor at their peak, but the interlude between them, as well as the chorus, have a much more spacey, ethereal energy. The back-and-forth doesn’t get tiresome, though. Instead, it provides a great textural contrast between each section that almost feels cinematic, with multiple smaller peaks leading to the giant apex of the song starting at the 3:00 mark, followed by a decrescendo that is softer on the execution and a great closing minute for this expressive and vibrant project.

A wonderfully poignant and well-executed capstone for what has been a year for the history books. Weird Times is nostalgic, energetic, poetic, and remarkably relevant. For fans of expressive music pulling pop-punk and alt-rock tendencies into a succinct and engaging package, this EP from Tyler Suarez is for you.

BELOW:  Listen to Weird Times and connect with his website and social media platforms. Please support Tyler Suarez by visiting him online, and playing, downloading, and/or purchasing his music, or attending a live show! And, as always, thank you for supporting real music!