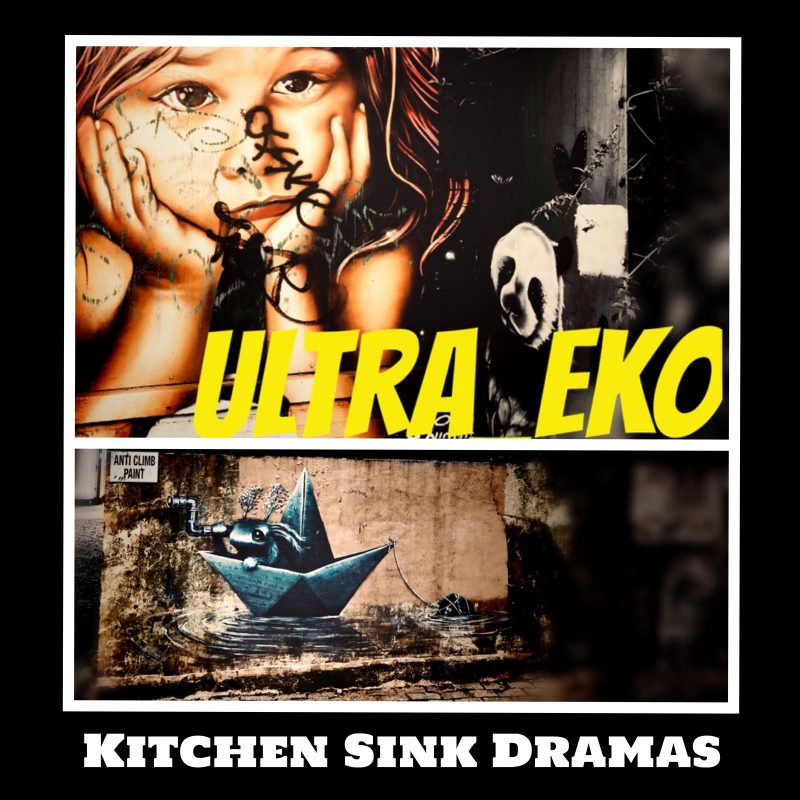 South London based market trader, pro gambler, bootlegger, and indie-hip-hop artist, Ultra Eko, has only just begun to release music, entering the game in Summer of 2019. However, we want to immediately caution you to not dismiss this MC before giving his work a listen. It appears, my fellow hip-hop heads, that we’ve found a natural.

Following a flurry of singles, which include tracks like, Revolution UK, Wormwood Scrubs, Vampire Algebra, and many others, this talented and substantive wordsmith is getting set to release his debut EP, Kitchen Sink Drama, on March 27th. Quite honestly, we think you’ll dig the hell out of it.

“His are often dark tales, touching on regret, struggles between conflicted lovers, breakdowns in relationships, lies and deceit, the difficulties of understanding ourselves and our place in the modern world. The fragile identities we all cling to, liable to crack and fracture at any time.”

Opening with, The Seventh Day, an industrial-style riff intros, joined by a a subtle hip-hop beat. Ultra’s flow is immediately distinct, tastefully gruff. His accent adds to the uniquity, and his ability to make complex ideas meet in rhyme is done so with clarity and wisdom. He’s got uncommon skill and it’s immediately apparent…

“I never made a prayer, if I did
I would’ve listed grievances
Stretched back when I was a kid…” 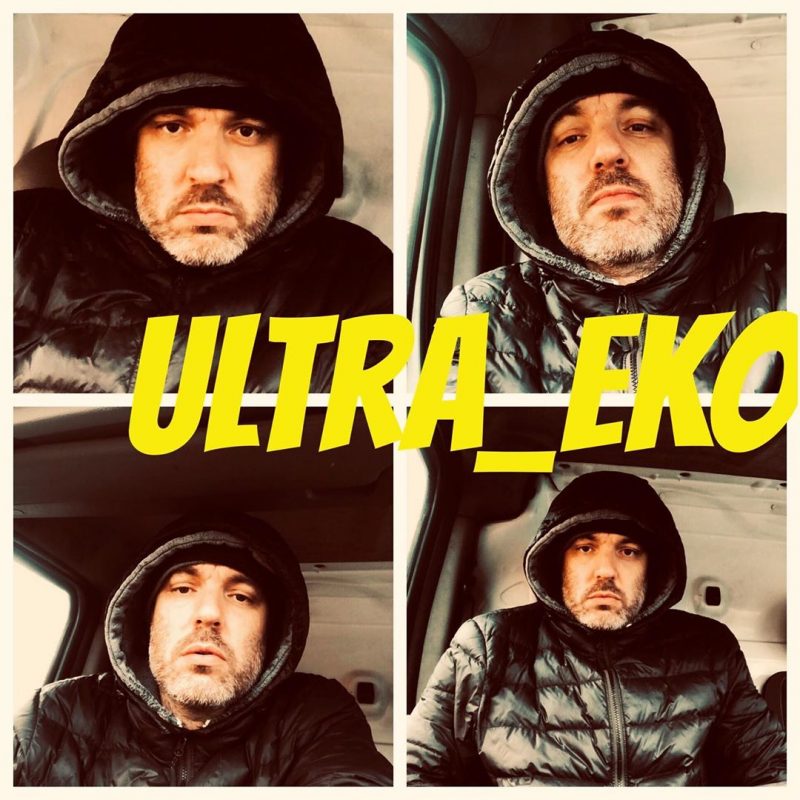 OUR FAVORITE TRACK… A smooth, ambient piano loop rides another subtle beat & clap, creating the album’s best groove. The mood is an essential and relatable brand of melancholy as reflection and transparency become paramount. This is universal hip-hop…

“I used to have so many plans
So many dreams
Now I got prayers
Six numbers on a lottery ticket
I’m readin’ Facebook memes
On what it means
To be a good person, good parent
Tryin’ hard, it ain’t easy…”

King Of The Wild Things rides a slightly jazzy organ riff. Eko blends singing and rapping into a single vocal performance. Always on key, always in time, his natural talent is astounding.

Another etheric melody rides a crisp rhythm track in, Soul’s Code. This production is exquisite. We are now four for four.

The cinematic vibe in, Run Away, blends symphonic tones into an etheric trip-hop melody.

Concluding the project is, Twisted. This final installment makes it official:  the airy, dream-style melodies are Ultra Eko’s sound. A dark amalgamation of memory and fantasy, this last tale unfolds like a half-woke dream…

“Read between the lines of the wrinkles
Written deep within the faces
Of these damaged people aged way before their time
Blood red runnin’, blood blood red…”

IN CONCLUSION…
An absolute work of art. Underground hip-hop gold. A substantive, relatable, urban gem. Ultra Eko’s debut EP, Kitchen Sink Drama, is the antidote to the genre’s current obsession with empty-calorie hooks, empty promises, cloutless bragging, and general lack of actual storytelling. This album honors the genre’s roots by getting back to the pain—that original, relatable pain—that once inspired the music long ago.

Gorgeous production and mixing unite with Eko’s inborn melodic abilities, rhyme-style, and storytelling to produce one of the most impressive hip-hop debuts we can recall in our tenure at The Ark of Music. This album not only raises the bar for Euro-hip-hop, but also for the genre as a global whole. Check out music from Kitchen Sink Drama below.

BELOW:  Watch & listen to music from Ultra Eko’s new EP, Kitchen Sink Drama, and connect with his social media platforms. Please support Ultra Eko by visiting him online, and playing, downloading, and/or purchasing his music! And, as always, thank you for supporting real music!