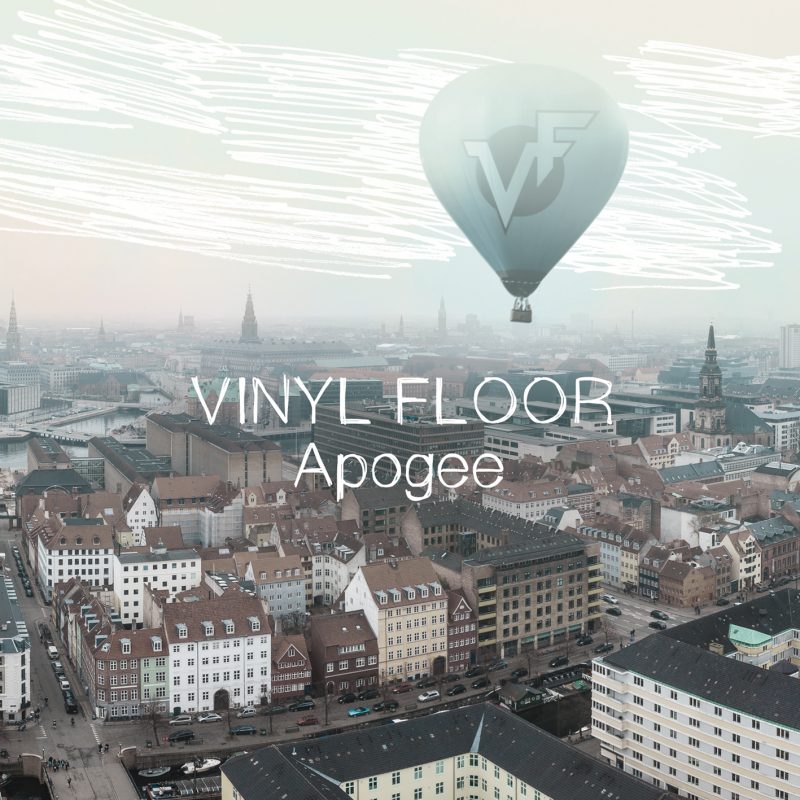 In 2007, brothers Thomas Charlie Pedersen (guitar, vocals) and Daniel Pedersen (drums, vocals), alongside their good friend and neighbor, Rasmus Bruun (guitars, bass), formed the three-piece alt-rock outfit known as, Vinyl Floor, in Copenhagen, Denmark. This special trio has weathered the storm of musical trends and fads, only to continue to make whatever rock-based music they see fit.

The boys originally came across The Ark of Music’s radar as a result of reviewing front man Thomas Charlie Pedersen’s solo album, Second Hand War; a project we described as, “…the kind of artistic freedom and musical expression that, long ago, we as a people celebrated openly, publicly.” From there, we found VF’s single, Change The Song, and we were instant fans.

Over their adventurous twelve-year tenure together, they’ve toured in Japan, Germany and the UK, all-in-all playing more than 150 shows and releasing three previous albums, including 2009’s Do You Still Dream, 2012’s Peninsula, and 2014’s Vaudeville.

“…the album centers on a trembling world, which, day by day, seems to become more and
more chaotic.”

Recorded and mixed by the boys themselves, their latest effort, Apogee, represents a return back to the groups roots of angsty, lo-fi-esqe, garage-rock, and we think you’ll dig it.

“You have been robbed of all your senses
Letting the blind man lead the blind
Just go ahead and celebrate your ignorance
This fool, he won´t be coming home…”

Like some Taoist, millennial anthem, Follow Me Down alternates between a light and airy verse (with light country overtones), and a hard-punk chorus, in this stark take on the inevitability of darkness in life. Near the end, guitars distort into a mid-90’s Pumpkins-style fiasco. (Think: “Love” from Mellon Collie and the Infinite Sadness.) 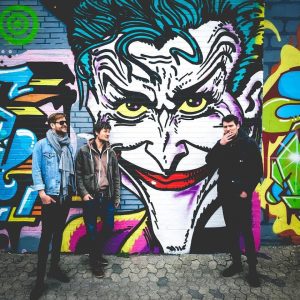 OUR FAVORITE TRACK…
Get this track. Really try to “get” it. Blood Looks Good On You sums up a culture more and more desensitized by—and accustomed to—the unadulterated violence playing out…everywhere…

“We are the spoiled kids, we are the future
We chow you to bits and leave you for closure…”

“…and now I´m drinking just to remember what I´m trying to forget.”

Lyrically, Black Magic Revealed, is the album’s thematic backbone, making it a wise choice to save for the closer. Lyrically:  a culmination of chaos and thoughtlessness. Musically:  for roughly the first two minutes, it’s like Judas Preist jamming with millennium-era Metallica. From the two-minute mark onward, we get almost three minutes of instrumental mayhem complete with layers of distorted, ambient guitar. It’s an angry slayer, and the perfect choice for the capper.

IN CONCLUSION…
Creative & deceivingly complex. Spontaneous & abstract. Don’t let Vinyl Floor’s decision to intentionally go “lo-fi” with their fourth album, Apogee, fool you into believing that what they’ve done here was “easier” to create. Cuz, here’s the deal:  If a musician is going to record a live-style album of one-shots (i.e., they didn’t “track” the album), said musician must first possess the ability to play and sing throughout the entirety of each song—without error. It is, perhaps, the  most difficult thing to do in music.

Ultimately, with an advocate’s tone to disobey, Apogee casually jaunts through rock-genre after rock-genre—including punk, grunge, roots, folk, garage, and blues. The end-result? Thomas, Daniel, and Rasmus have again created a refreshingly thoughtful and intention-packed collection of which they can be proud.

BELOW:  Listen to Vinyl Floor’s album, Apogee, and connect with their website and social media platforms. Please support Vinyl Floor by visiting them online, and playing, downloading, and/or purchasing their music, or attending a live show! And, as always, thank you for supporting real music!

Listen to APOGEE by VINYL FLOOR: