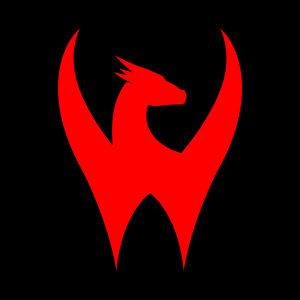 In the opening track, Of the Gods, the two forces – metal and dubstep – seem to alternate between fighting for dominance and working as a team. The track starts with a classic thrash-metal riff that gets displaced by long, sweeping, synth oscillations. In the breakdown, the two elements play a call-and-response game and we quickly get a sense of how much refinement Giardino has put into his musical style.

Fire Style is slower than the tracks that come before it but it is one of the hardest-hitting moments on the album. It starts off like a hip-hop track with a heavily detuned string instrument plucking out the song’s central melodic line. This mellow atmosphere is quickly swallowed up by some of the dirtiest-sounding, dubstep synths out there. The song uses pauses to great effect, creating tension and release with each bass drop.

The title track, Red Dragon, has plenty of guitar-dazzle up its sleeve, as gnarly, middle-eastern scales and sour tritone inflections punctuate its chugging groove. There’s a killer breakdown at the halfway mark, followed by a tempo change and the introduction of a new riff. It’s a super well-written piece that is constantly morphing; feasting on one hook until it’s unrecognizable and then regurgitating it back out as something even filthier (filthy in a good way!).

Eternatus is the album’s closing track and it slides between tempos with mind-boggling ease. The breakdown in this one gets so intense that the guitar part is detuned to a near standstill, and the synth frequencies become so bitcrushed that they threaten to rip themselves apart.

Red Dragon is slick, bombastic, and head-banging. WRATH has got some wicked riffs up his sleeve and demonstrates a mastery of electronic music production. If you’ve ever wondered what the love child of dubstep and metal would sound like, then look no further because you will love this!

BELOW: Listen to Red Dragon and connect with their website and social media platforms. Please support WRATH by visiting them online, and playing, downloading, and/or purchasing their music, or attending a live show! And, as always, thank you for supporting real music!

Listen to RED DRAGON by WRATH: