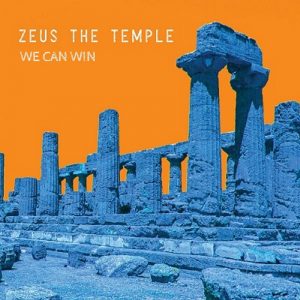 New Zealand based rock band Zeus The Temple has a lot to say and a powerful way of saying it on their debut release. The band is comprised of singer/songwriter/multi-instrumentalist Henry Temple (Vocals, drums, guitars, bass) and producer Jet Wunder (Production, programming, keyboards, arrangements).

The two had both penned songs and performed with other local groups prior to the formation of this band. It wasn’t until they connected in Wellington in 2019 that Zeus The Temple was born. Shortly thereafter, they started work on their debut album. We Can Win tackles a broad assortment of themes – covering everything from disease and power to love and hope – and is a modern, comprehensive take on the rock genre, with a wide number of influences ranging from alternative to progressive, and many things in between. 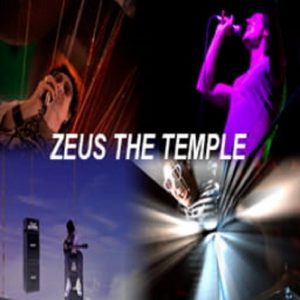 A strong statement for an opener, People (wherever they fall..) is a monster of a track clocking in at 7:23. This track contains a wide variety of elements that make it feel like a bit of an enigma when trying to dissect the root style, though it’s perhaps most easily billed as alt-prog-rock. The tribal drumbeat underneath the horns sections and the heavily distorted vocals is an intriguing combination that evokes both animalistic and futuristic feelings.

The band often mentions their orchestral influences, and from early on it’s apparent that they are most definitely present on this album. In Doomsday, the first notable element before the heaviness of the band kicks in is the dramatic string intro. It gives the track a bit of an ’80s feel, but the structure of the melodies remains modern.

There’s a bit of a Pink Floyd feel on Why Don’t They Leave Us Alone? and it’s a great example of the range that this group is capable of commanding. With a prominently featured acoustic guitar and a message akin to the classic Another Brick in the Wall, it’s a spacey, retro walk through a mellower side of the band’s skills.

With a more alt-punk guitar tone kicking things off, the album’s title track We Can Win slowly morphs into a modern rock anthem with a great driving rhythm (and some excellent showcasing of the band’s guitar skills). There’s a great, uplifting message here that we could use plenty more of in this genre of music. The chorus says it best:

“All of us in harmony, we embrace our destiny
And they will not shake us!
Love is real and often cruel, don’t let that discourage you,
For we’ve all been through this, we can do this, you know we can win.”

The band surprises us with Dreams of a Common Man – this track almost leans in the pop-rock direction with its accessible melodies and relatable theme. The chorus is catchy and singable, with an electric energy that’s immediately contagious – it feels like it would be a blast to see this one performed live. The message at hand is incredibly easy to relate to for so many, especially in the chaos the world has been facing lately. A succint picture of the working-class struggle is painted in the first verse:

Though there’s much to enjoy about this album, this song is undeniably a highlight. This is the melody you’ll find yourself humming long after you’ve finished listening to the entire record.

Rock-solid melodies and insightful lyrics. Great production choices that accentuate the relatable songwriting. There’s something for fans of every sub-genre of rock on this album, whether you’re a progressive rock fan or an 80’s aficionado. We Can Win is an impressive showing of talent and skill for a debut. With so much variety and each song executed at such a high level, there’s no telling what artistic direction Zeus The Temple may choose to go in – but we’re extremely excited to find out as we hope for many more releases from this new group.

BELOW:  Listen to We Can Win and connect with their website and social media platforms. Please support Zeus The Temple by visiting them online, and playing, downloading, and/or purchasing their music, or attending a live show! And, as always, thank you for supporting real music!

Listen to WE CAN WIN by ZEUS THE TEMPLE: