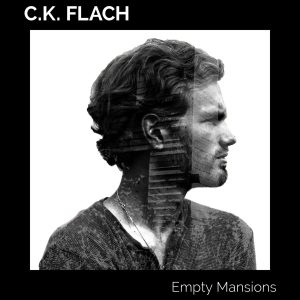 Born and raised near Albany, NY; poet, singer/songwriter, and multi-instrumentalist C.K. Flach began his musical voyage as a drummer at age 10. Eventually picking up the guitar, by 2015 he and his brother were performing as, The Kindness. Over the past couple years, Flach has continued to move forward with his own solo efforts.

With the ultimate goal of making a positive, impactful difference in the world through his songs and poetry, C.K. has released his first solo album, Empty Mansions, a heartfelt and sincere ode to his species.

Boxcar Dreaming paints a delicately and melancholy picture of how times long gone can—and so often do—affect us today. The full and lovely musical composition peaks and culminates at 2:35 with a gorgeous chorus of, “Sha-la-la’s”.

“I think music is the strongest medium we have to share ideas, feelings and views. And what I hope for is that whoever listens to my music can take something away with them. Be it a thought, feeling, idea or inspiration.”

“Pretty boys write poems down, and wild girls sing the blues
By and by, queen Caroline, where have you gone to?” 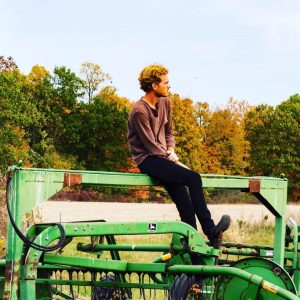 The album’s title track, Empty Mansions, blends a light and delicate acoustic ensemble (an album trademark by this point), with an uncensored look at today…

With an acoustic guitar and harmonica, the minimalist and not-so-subtle, Machine Gun, shines a light on the ease at which we seem to be convinced into going to war with one another:  culturally, economically, professionally, personally, and so on.

Our Favorite Track:
Ending the project with the spoken word poetry of, Firmament, Flach, once again, eloquently puts words to uncomfortable, modern truths…

“And this is what we believe…
The total eclipse, cosmic shroud, vacating the brightest light
Is always cast by hands, weaving vile strands, at a viscous loom
Calling darkness to order, through the chagrin of young ones
And laying toxic soil on the unmarked graves of beautiful creatures, who know too much…”

Flach’s talent for creating dreamy, ambient landscapes of folk-inspired sound shines bright and bold in his debut solo effort, Empty Mansions. Writing, composing, performing and recording the majority of this project on his own, this collection of songs is an impressive demonstration of one man’s determination and focus, and a welcome addition to the indie-music community. Producing music with intention is not the norm these days, and I applaud his efforts.

BELOW, you can listen to C.K. Flach’s album, Empty Mansions, and connect with his website and social media platforms. Please support C.K. Flach by visiting him online, and playing, downloading, and/or purchasing his music. And, as always, thank you for supporting real music!