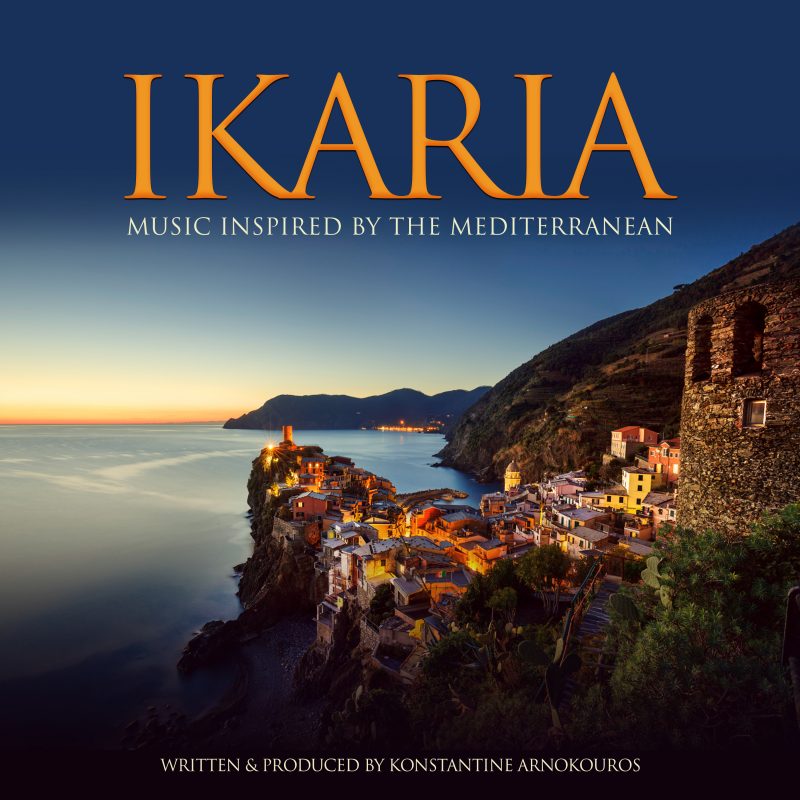 As I took my first cruse through Konstantine Arnokouros’ complex and adventurous new solo album: Ikaria, Music Inspired by the Mediterranean, I was not surprised to learn that he began his musical voyage at the tender age of eight, and was performing professionally by thirteen.

Born in—and deeply affected by—the cultural melting-pot known as Toronto, Canada; the musician, composer, producer, and graphic artist has quietly (or perhaps, not-so-quietly) amassed an impressive musical/entertainment resume which includes working with several independent and major label record companies, independent film scores, and the creation of his own, private record studio with which his production work and compositions have earned him gold record status in Canada.

Konstantine’s previous solo efforts include, Across the Aegean, 2005’s Mediterranean Rendezvous, and so much more. All in preparation for his previously mentioned effort, Ikaria, Music Inspired by the Mediterranean, a rich, diverse, and multi-cultural landscape of sounds.

Opening in fashion, with OUR FAVORITE TRACK of the album is, Castles Of Steel, a gorgeous, imagination-stirring track which is sometimes world, sometimes Latin, and sometimes Outlander soundtrack. Flutes, classical guitar scales, keys, strings, and so much more. Arnokouros’ international travels are immediately apparent as nothing else could have inspired this kind of diversity. 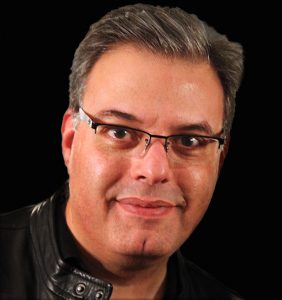 Dripping once more with more flutes and classical guitars, and featuring what sounds to be some melodica-esque tones, the album’s title track, the uptempo, Ikaria, is bold and energizing; perfect music to accompany your European breakfast just before heading out for a day full of exploration.

Piano keys, strings, and guitar create the romantic backdrop that is Beautiful Messinia. I spent some time on the eastern coast of Italy not long ago, and this track took me back to that little town on the Mediterranean.

Tossing a bit of danger and intrigue into the mix is, Amor De Mi Vida, which sounds like it should be placed in the next 007 film score.

With harmonizing classical guitars which seem to moan and wail like a pair of regretful lovers, Notre Dernière Danse offers a delicious theme of heartache and regret with an ever-so-subtle hint of jazz.

More adventure as we wander across the dessert in Silent Shade. Arabian tones eventually give way to even electric licks.

IN CONCLUSION…
In a word:  adventure. Further proof that the truth of artistry and independent thought still reside within the world of independent music. Proof that a great song can be longer than 2.5 minutes. Proof that great music is still made with more than a laptop. Proof that a great composition still comes from a great musical mind. These are all statements which I shamelessly suggest fully and accurately represent musician, composer, producer Konstantine Arnokouros’ latest solo album:  Ikaria, Music Inspired by the Mediterranean.

In fact, if a gun were put to my head, and the question asked under duress:  “What one artist/album embodies the World genre?”; I would—without hesitation, and without uttering a word—hand said musical terrorist a copy of this album. Simply stated, it’s just a wonderful body of work.

WHOSE LOVECHILD…?
Pablo Embon meets New Latitude, and so much more…

BELOW:  Listen to Konstantine Arnokouros’ album, Ikaria, Music Inspired by the Mediterranean, and connect with his website and social media platforms. Please support Konstantine Arnokouros by visiting him online, and playing, downloading, and/or purchasing his music. And, as always, thank you for supporting real music!