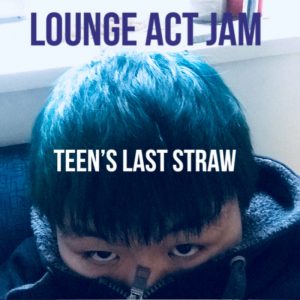 Self-defining his chosen genre as “Everything” on his SoundCloud page, singer-songwriter and multi-instrumentalist, Alan Yang, embodies the movement toward an undefinable music culture, where DIY artists, like himself, make their sonic mark by creating whatever the hell style of music they want, period.

In fact, not two weeks ago we reviewed, In My Heart, I Say Fuck This World, a single by Alan’s other project, the 90’s style shoe-gazing grunge-rock band, Repeatedive. Simply put, I loved it.

Playing and arranging every instrument in his compositions, LAJ has previously released Why Aliens Won’t Visit Us (2016), Xanax (2017), and others; all in preparation for his latest experiment, Teen’s Last Straw. Released on April 19th, 2018, a day before Alan’s 20th birthday, the group of songs represent a culmination of Alan’s teenage memories and his uncertainty about turning 20.

Yang opens with the hip-hop number, Gazing At Starlight In My Cadillac, an authentic-sounding, bedroom-style rap joint, with a decent key loop, and catchy hook. Though rapping may not necessarily be Yang’s primary skill set, the track shows imagination, the melody grabs the attention, and I dig the overall feel. 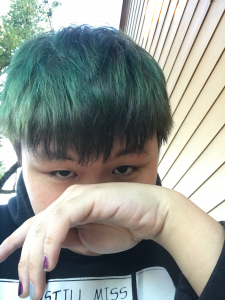 And, just like that, we move from straight-hip-hop into the synth/electro-pop number, Floating. An etheric synth-line and beat ride behind Alan’s appropriately subtle vocals, occasionally trading places with an equally—and tastefully—subtle organ lead. The track feels like teen angst in sonic form. It’s dreamy, relatable and totally nostalgic.

Track three? Acoustic Singer-Songwriter, of course! Ghost, is an endearingly rough number consisting of no more than Yang and his guitar, which he plays with fitting aggression—and no pick; somehow, a perfect irony…

“I feel like a spirit, without a host
Because, you took my ghost…”

OUR FAVORITE TRACK…
On to some Down-tempo Electro-Pop in, 3:47am, a yearnful, ambient cut with a surprise electric solo at the 3:30 mark. I really like this song.

The basic and fundamental tone of Alan’s acoustic guitar joins an atmospheric synth melody in the EP’s final track, To The Seas, where we catch of glimpse of a touched young songwriter…

“She said no more messing with my inner peace
But Shiva is having a feast
I don’t know you, said the man in black
As our naked souls collide

IN CONCLUSION…
Authentic. Heartfelt. Gutsy. The solo project of multi-instrumentalist Alan Yang, known as Lounge Act Jam, rides a wildly endearing quality from beginning to end in his latest EP, Teen’s Last Straw. His musical skills have come a remarkably long way since his earlier recordings as there are certainly unique and original concepts and ideas happening all over this little 5-track project.

Yes, the songs are certainly a bit rough around the edges in terms of its overall production. The irony here, however, is that I don’t mind it a bit. Because regardless of a few technical details, what we have here is a young man who knows how to both write a story and compose its melody. We hope to hear from him again in the future.

BELOW:  Listen to Lounge Act Jam’s album, Teen’s Last Straw, and connect with his social media platforms. Please support Lounge Act Jam by visiting him online, and playing, downloading, and/or purchasing his music, or attending a live show! And, as always, thank you for supporting real music!