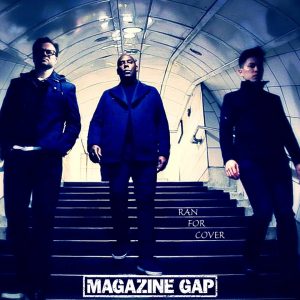 Let’s face it, it’s not the norm to create music with tangible substance these days. Oddly, one could even argue that writing and performing with intelligence and heart have become frowned-upon in many of pop-culture’s circles. It’s just the way it is—for now. Yet, there are warriors. Warriors who still write the music they want to write—industry be damned. Warriors who still listen to the same light that brought them to the music in the first place. Speaking of which…

We are thrilled that the boys of Magazine Gap are back on our radar. This talented trio, consisting of James Keen (vocals, acoustic & electric guitars), Alex Ho (piano), Brian McCook (drums & percussion), caught our attention back in January with a newer single, In Two Minds; and also with Slipstream, an older track of theirs and a beautiful song about making the most out of this life.

“This song tells a story from the viewpoint of an old-time musician reflecting on his life and decisions made.” 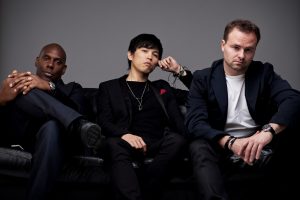 Ran For Cover tells the story of a musician’s choices and regrets. The number, without a doubt, is coming from some honest, anxious, and reflective place in the center of James Keen’s being. You see, an artist has no reason to share something so personal, other than the fact that there’s some overwhelming truth with which she or he needs to unburden themselves. Per the usual, the instrumentation and production are crystal clear, and Keen’s vocals and storytelling are, in my humble (or, perhaps not so humble) opinion, virtually unrivaled…

“I took to the stage to go into hiding
With another chapter to be written
Put on a show, still sought an audience
With whoever would listen

Whose lovechild…?
In our previous review of Magazine Gap, I likened these fellas to Elton John and Tracy Chapman making a record together, and I’m sticking to my story!

BELOW, you can watch & listen to Magazine Gap’s new single, Ran For Cover, and connect with their website and social media platforms. Please support Magazine Gap by visiting them online, and playing, downloading, and/or purchasing their music. And, as always, thank you for supporting real music!