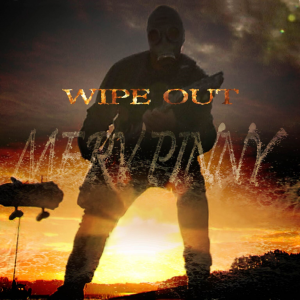 Q:  Your roots are from KerKeri, of New Zealand’s northern island (jealous). I’ve spent some time in your beautiful country, which seems to have every climate and landscape available—all in two little islands. In what ways has your amazing country influenced your music the most?
A:  KeriKeri is on the doorstep of the bay of islands, and is one of the most beautiful places you can spend time at, it inspires me. Whether you are standing on a cliff looking across the outstanding features, or in a boat with dolphins playing around you, it’s a pretty special place to be. Then there is the country side in New Zealand where I grew up, it’s down to earth and gives me positive energy and inspiration for creating and producing my music.

Q:  How old were you when you bought that $10 guitar from your brother? What kind of guitar was it? Do you still have/play it? What was the first song you learned?
A:  I was 10, and my mother still has a photo of me playing it, wearing dark sun glasses and a black leather jacket, trying to look cool. It was a Japanese copy of a Gibson 335, I don’t have it anymore.

Q:  You dropped out of high school and spent a significant period of time farming by day, and rocking & rolling by night. How long did this go on? How did that grind inform your sound? Do you miss those days?
A:  I played six nights a week with Friday and Saturday having two shows. Then, the next morning, get up at 5am, milk the cows and do farm work. I did this for 4 or 5 years with no time off. It was hard, but so much fun. I look back on that time and I realize it was such a great grounding for my music. I loved playing live so much, it was like time off for me and now I draw on the experience every time I play. I remember one time the band helped me pick up hay bales before the gig so I could play and when we were on stage at the gig, I looked around and they all had hay in their hair, it was such a crack up. 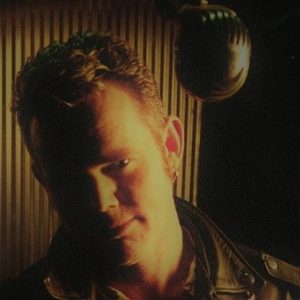 Q:  In 1995, your album, Destiny, was nominated for best country-rock album of the year at the New Zealand Music Awards. What more do you want from your musical vocation?
A:  I feel like I’m on a journey with music and I’m not there yet. I would like to write more songs about the things that are important to people. Songs can mean lots of different things to different people, for different reasons. It is a great feeling knowing people have connected with your performance or song, and I feel honored to share that with them.

Q:  Your new song, Wipe Out, is the second installment of a trilogy which you’re creating in order to raise charitable funds for children in crises. What was the galvanizing event/moment which inspired you to take action?
A:  I got a message from a refugee—a young man who told me of his loss in the war. He told me how much he related my song, OB Can You Hear The Children Cry, to his situation. Now he thinks he doesn’t fit in anywhere and feels very frustrated. I tried to capture that emotion in the song.

Q:  You get to collaborate with anyone of your choosing—dead or alive—who is it?
A:  OMG, there is so many to pick from. David Groll, just because he is so friggin’ awesome.

Q:  Your favorite song of all time?
A:  The Pretender (Foo Fighters)

Q:  What would you like fans to know about you that they’re most likely unaware of?
A:  I’m working on a new album for release next year, and it’s everything I wanted to say musically—so I can’t wait.

Q:  Any shout-outs you wanna make?
A:  I have picked up so many loyal followers, and I would like to do a shout-out for them (YOU GUYS ROCK) and thank you.

Q:  Anything else you’d like to add?
A:  Hey, thanks for the chat, and I’m looking forward to going on the road with the band this summer here in New Zealand. So, if you are over this way, come and check out one of my shows.

<< Go to our full music review of:  Merv Pinny’s single, Wipe Out