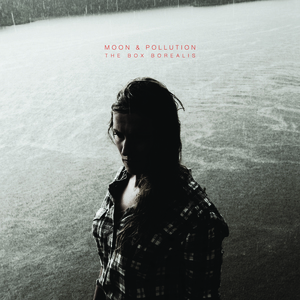 Moon & Pollution have walked the tightrope…bravely we might add.

Here’s the thing, technology (namely, computers) in music can be a beautiful thing. It can also be detrimental. Which means that, ultimately, those song-smiths who walk the electronic path are constantly walking a razor’s edge of expectations. You see, with electronic music, literally anything is possible. Any sound. Any key. Any rhythm. Any cadence. And, any spontaneous change of all of it. Thus, the stakes are arguably higher. They are higher because one cannot solely rely on her/his physical skill limitations to inform them when enough is enough. For, in this genre, the limitation is one’s imagination, and the ability to access, and dare we say, set it free. Thus, in the great and infinite expanse of one’s mind, the final result could be, well, anything, really. And so, to reiterate, Moon & Pollution have walked the tightrope…bravely. If their emergence is any indication of the direction that this genre—and music in general—is taking…then there are some special days ahead, for all of us.

Based in an incredible music scene in Minneapolis, MN, the Trip-Hop duo known as Moon & Pollution, consisting of Molly Dean (Vocals, Electric Guitar) and Graham O’Brien (Drums, Production), have already caught the attention of moguls like MTV. The two have a plethora of experience with other projects of other genres. We at the Ark of Music are grateful for the creative types who have a bit of adventure in them. For, undoubtedly, it is only through that adventurous sense of fearlessness that an album like The Box Borealis can be made.

The album opens with its self-titled track, The Box Borealis. Oceans of raw, expansive sound rise and are eventually met with a percussive element that creates the track’s container. Inside which, Molly’s vocals dance and float about, layer upon layer. This piece of music beckons all to stop and take note. It is worthy of the album’s title.

Moon and Pollution, the third track named after the duo (or perhaps vice-versa), is a dark and ethereal ride across what we can only assume are the individual and collective free-thoughts of the duo…

“Held the hand of darkness as the moon is shining through
The light will guide you to the edge of what you thought you knew
But do you want to say to me now
That all the sacrifice would somehow
Be enough to carry, to carry…”

Solace Sandwich drops a beat that will make any Trip-Hop, Hip-Hop or R&B lover sit up and take note…or perhaps more accurately, lay back and groove. It’s a playlister, there’s no other way to put it. Seriously, just check it out…

I Didn’t Look is an intentional piece, with a slightly more conventional structure. Molly’s vocals wrap themselves gently around your waking mind, “Don’t lose, don’t lose, don’t lose yourself…” Near the end of the track, there is a touch of light acoustic and electric guitar that ground the ambient atmosphere, and cause it to become immediately tangible.

Over the course of The Box Borealis, Dean’s celestial and almost phantasmic vocals collide with O’Brien’s delicately articulate arrangements in a manner that is devastatingly beautiful. The balance between the two is like weather. The storms that they create come and go, as do the parts that they play. Sometimes the cold, windy rain, sometimes the warm, still sunshine, Molly and Graham’s continuous trading of roles is a dance between two brave souls who’ve decided to give their fear and hesitation a hug and a kick-in-the-ass…simultaneously. It would be an impossible feat to determine whose role is more important. For, while their music plays, it simply must be listened to…it must.

Whose lovechild…?
If electronic veterans Helios teamed up with the magical vocals of The Cranberries’ Dolores O’Riordan, the resulting lovechild might be Moon & Pollution.

Below, you can listen to Moon & Pollution’s album, The Box Borealis, connect with their website and social media platforms, and watch their music video. Please support Moon & Pollution by visiting them online, and playing, downloading, and/or purchasing their music. And, as always, thank you for supporting real music!

Listen to music from Moon & Pollution’s album, The Box Borealis: