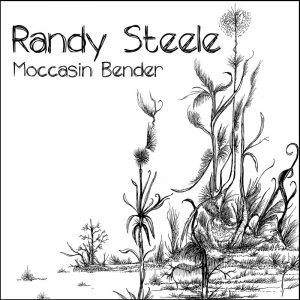 We last reviewed Steele—the longtime front-man for bluegrass legends, Slim Pickins Bluegrass—last November for his single, Hideaway—a brilliant and poetic ode to mountainous beauty—and a featured single from his solo debut album, Songs From The Suck—an album for which he was nominated, Bluegrass Album Of The Year, by the 16th annual Independent Music Awards.

To no surprise, that success hasn’t gone to Randy’s head, as the Chattanooga, TN-based music-man is set to release his next EP, Moccasin Bender, a collection of songs named for a 1,000 acre peninsula sitting on the edge of the Tennessee River. At first glance, these songs seem to pick up immediately where Songs From The Suck left off, offering a continuation of Steele’s humble heart and deep appreciation for the process of life.

“I’m always aiming for the true star to be not the instrumentation or my voice, but the songwriting.”

—Randy Steele on the creation of Moccasin Bender

OUR FAVORITE TRACK…
Opening with our favorite track on the EP is the melodically lush, Mabbitt Springs—a song inspired by the true story of a man making a deal with God to spare his son’s life—we are immediately presented with the fullness of Randy’s current iteration of sound. Banjos, backing harmonies, fiddle, and—oh lord—that lap steel. It feels like Skynyrd went to church and found god in Bluegrass… 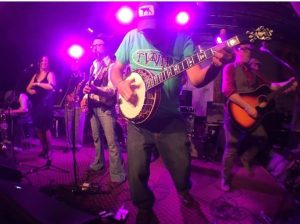 With nothing more than a banjo, a kick, and that soulful bluegrass vocal twang, Steele tells the sweet and sad story of young love, parenthood, and loss, in Adam And Rose…

Simultaneously the most minimal and the most complex track on the album, Age of Ben, presents the story of the son of a drug addict who was taken from his mother at birth. Randy shows impressive acoustic chops with a tough strum-pattern, while offering a warm and heart-wrenching bit of substance not generally associated with the genre. Bravo.

“There were nights that felt like years, where he’s calling for his momma.”

In the absolutely fantastic, Rummies, Steele offers his account of Ernest Hemingway’s 1937 novel, To Have and Have Not, about a fishing boat captain out of Key West, FL who runs contraband between Cuba and Florida. With veteran vocal poise, Randy sounds as though he was there when it happened…

IN CONCLUSION…
Melding the best elements of Bluegrass and Country music with masterful storytelling—and topping it all off with veteran musicianship, production and—of course—Randy Steele’s sincere and substantive vocal timbre (I truly can’t overstate the unique and moving quality of his voice)—has resulted in the creation of an emotionally relatable musical experience in Steele’s sophomore solo effort, Moccasin Bender. This group of songs has further solidified my original impression of him as musician of substance, honor, and warmth. It has also caused me to regret not giving him more of my attention the first time around. (I won’t make that mistake again.)

But perhaps most importantly of all, is that there is a universal quality to Randy’s music. Yes, fans of the genre will enjoy the EP. But, more importantly, the album will recruit newcomers to the genre as well. Perhaps this alone should be the true measure of success for any music?

BELOW:  Listen to music from Randy Steele’s album, Moccasin Bender, and connect with his website and social media platforms. Please support Randy Steele by visiting him online, and playing, downloading, and/or purchasing his music, or attending a live show! And, as always, thank you for supporting real music!