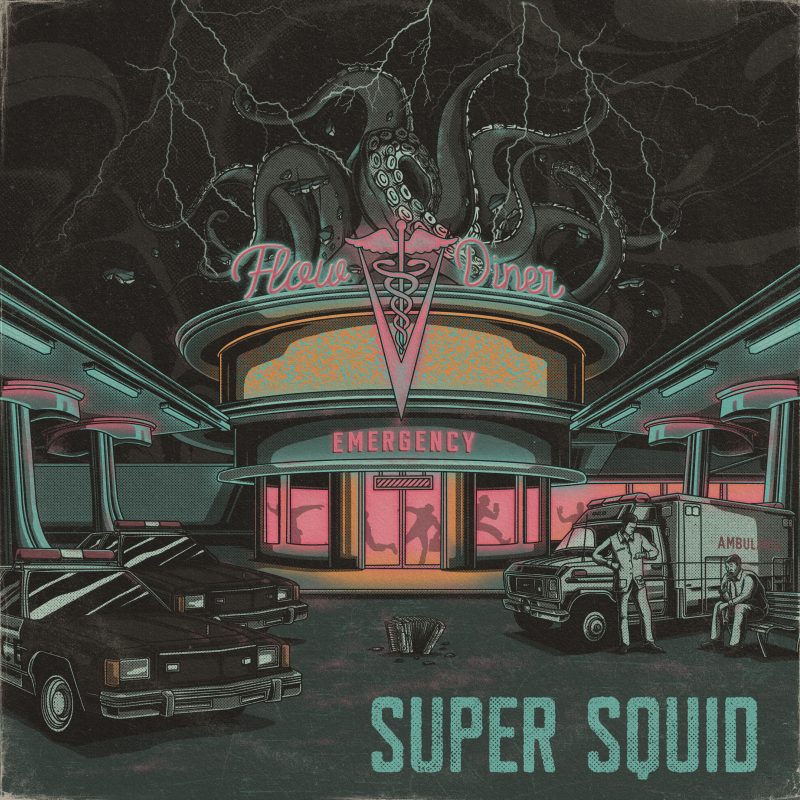 Originally from Louisiana, now based in Northern California’s Brentwood; singer-songwriter, composer, veteran touring musician, and father, Scottie B. Squid, picked up a bass and took some cheap 2nd-hand lessons back in junior high school. And that, as they say, was all it took.

Soul turned into country, turned into rock, turned into metal, turned into prog-rock, as Scottie played his heart out with bands like Intensity, GOAT, Witch Wood, and Duct Tape Date. This musical evolution led him down an inevitable path toward his very own solo project, his alter-ego, Super Squid. (The tentacles of the squid symbolically represent the different musical styles in his work. And, people, this analogy rings true!)

His solo venture’s previous albums include 2012’s Surf Party, 2018’s Temple of the Squid, and of course 2019’s Flow Diner, a feisty, rambunctious collection of prog-rock that ultimately entices and satiates.

Opening with Boudin Man, we get what I could only describe as full-on prog-rock. Or, perhaps:  Cajun-swing-country-rock. But that’s just the first 3:55. At that point the song breaks and recreates itself into some electronica/metal hybrid. The contrast between the first and second acts of this song is simply delicious.

OUR FAVORITE TRACK…
ARB, a song written for and dedicated to Scottie’s daughter, Avery, is a curious punk-style abstract with a comical and loving underbelly… 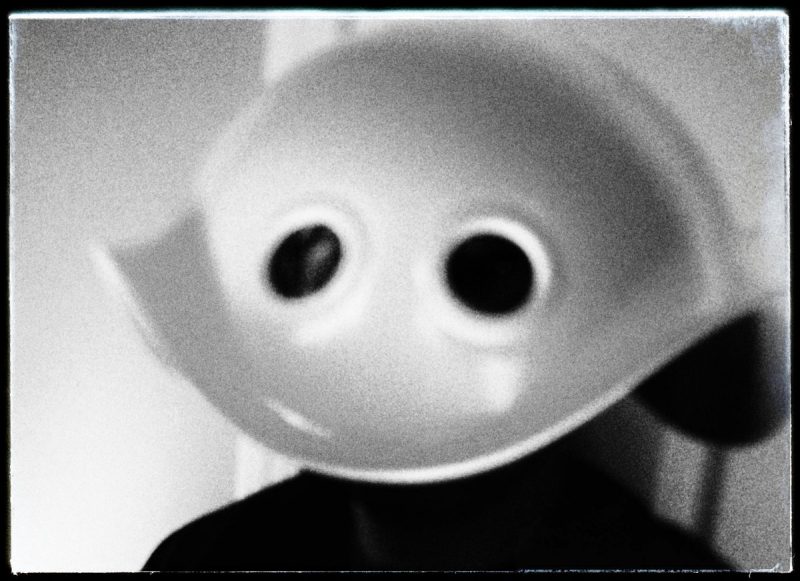 The album’s third track, Triage, is quite honestly unlike anything I’ve heard; an electro-prog-rock conglomerate which gives voice to those who simply cannot conform to an apathetic society’s expectations.

A 3:20 guitar solo in Capacity, gives something palpable to its culturally-angsty prose. More jazz, prog-rock, and a touch of…blues?

Utterly perplexing — and entertaining — contrast returns with Boudin Man (reprise) as a fiddle-centric old-time-country melody is suddenly juxtaposed with some dark, industrial-rock riff (think:  NIN meets Rage Against The Machine). It’s off the wall, folks.

IN CONCLUSION…
Jazzy-metalic. Electro-acoustic. Proggy-classic. Super Squid’s (i.e., Scottie B. Squid’s) third studio album, Flow Diner, is never static, never dull, never still, never too serious, never too goofy, and never fails to compel its listener forward…for more. We added the “experimental” genre to this review simply because there were several occasions over the course of this album that we found ourselves in uncharted waters; in new, undiscovered sonic country.

Each song, each instrument, each tone, each lyric—has been truly hand-crafted, with—what I might imagine is—painstaking placement and composition. (I can almost envision Scottie grinding it out alone in his private studio. Refusing to settle for anything less than what it “must” be.) If you’re a fan of this kind of artistic effort, this quality of abstract, free-flowing, creative uniquity; and if you appreciate radically new and ground-breaking musical direction, this is your album. If you don’t, you might just be fooled into believing that this album is not brilliant. And you would be, objectively speaking, incorrect.

BELOW:  Listen to Super Squid’s album, Flow Diner, and connect with his website and social media platforms. Please support Super Squid by visiting him online, and playing, downloading, and/or purchasing his music, or attending a live show! And, as always, thank you for supporting real music!