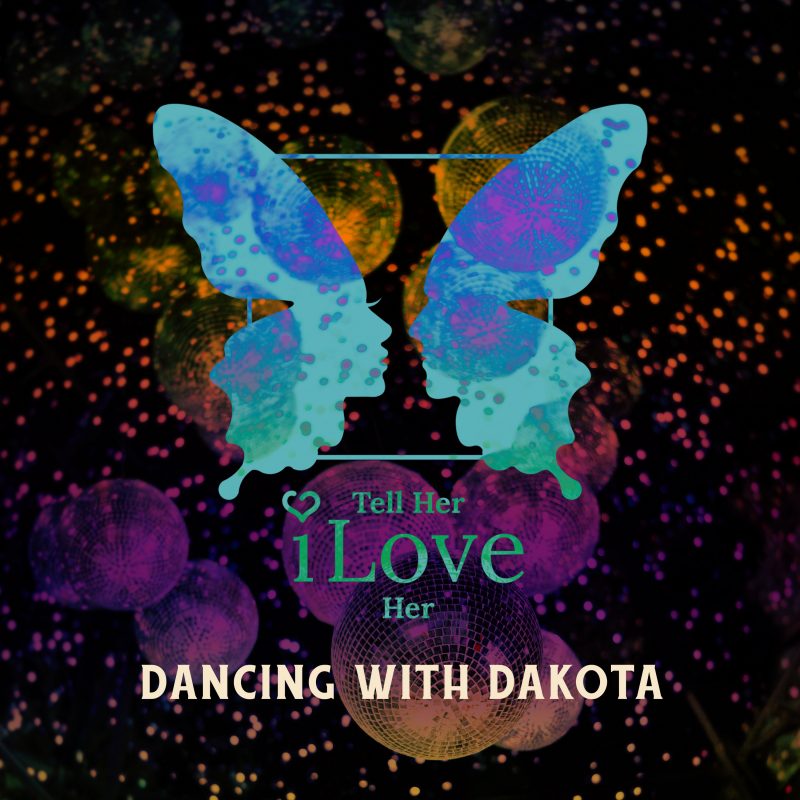 Q:  You guys are kind of an online mystery! Not much more than a couple handfuls of your finely polished tunes to represent yourselves. We’re guessing the mystery is intentional, are we right?
A:    Yes. It is intentional. Very much like Batman. No, exactly like Batman.

Q:  So let’s have it! Who are you guys? We need names! Who plays what? Who sings? Who writes? How long have you all been doing it?
A:  The only band member who’s name is revealed, to date, is our lead singer, Eric Jackson. We are working hard to get the remaining band members released from the Federal Witness Protection Program, and once we’re assured of their safety, they will each be revealed, from tallest to shortest, one per month. (We needed some criteria on who goes first, second etc., and rock-paper-scissor wasn’t working out because we know each other so well and we kept ending that damn game in a tie no matter who challenged whom.)

Q:  The only bio information we found stated, “Follow our stories through Cross-Country/Pop-Rock songs from Miami to Nashville.” Tell us about your Miami-Nashville base..?
A:  Alright, for a moment we’ll get serious (very hard for us in general). Say what you will about country music, but we believe that songwriting as a craft was perfected in Nashville. We were obsessed with the quality of the linear lyric we heard come out of Nashville. Most of us in the band were raised on rock music, and rock music for all of its awesomeness, hasn’t consistently been required to have a perfect, clear, linear lyric.  However, we noticed that every rock song with a clear, linear, unambiguous lyric, was almost assured a spot on the charts. (Think: Hinder’s song, Lips Of An Angel, or Theory Of A Deadman’s, Bad Girlfriend, just to rattle off two that come to mind as far as Nashville quality lyrics in terms of being clear and linear.) Compare those two songs to Collective Soul’s Heavy, which, lyrically, could mean a whole lot of different things to different listeners. The lyric is vague and unclear, and this is not a slight against this song. We love Collective Soul’s music, we just have a different lyric sensibility. We felt that learning the Nashville songwriting method—the clear, unambiguous, linear story based lyric, would be key to our success. So we loaded up the truck (and by truck we mean car) and hunkered down in Nashville, writing with anyone who would have us, learning the craft, perfecting the lyric, mastering the sensibility. We think of Nashville as the world’s greatest recording artist resource city in the world. And as a result, we live there half the year to make music. For most of us, our full-time legal residences are in South Florida, but Nashville is where we keep our musical hearts, as it were.

Q:  Your songs are unapologetically dedicated to love and partnership—perhaps more-so than any artist we’ve ever reviewed. We suspect there’s a backstory—a motivating impetus—something that drives this songwriting, and we’re hoping you’d be willing to share that..?
A:  We appreciate you noticing this. Everything in life is based on, built on, relationships. For many of us, the quality of our relationship with our significant other is the cornerstone of our happiness or lack of happiness in life. Our relationships at work determine whether we enjoy what we do for a living, so much more so than the content of the work itself. Our relationship with money (our song, The Joneses) will determine our ability to meet our bills or go into debt. Relationships are the foundation of our daily lives, and love or the absence of love, or misguided or incomplete love, are all a part of our journey to happiness and ultimate fulfillment. So, yes, we unapologetically write about relationships—but perhaps it could be argued that in doing so, we are really discussing, evaluating, and offering our take on love. 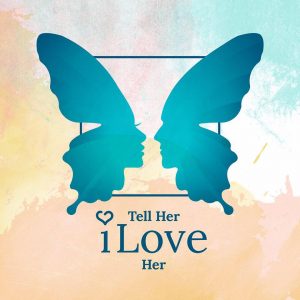 Q:  Your latest single, Dancing With Dakota, takes a unique look at how love can manifest. Where did the inspiration for this song come from?
A:  A friend was dating a rather ruthless exotic dancer. She recounted a story about a lonely customer who was “in love” with her. She accepted his gifts and while he thought he was furthering a relationship, she was merely at work. When, after giving her a particularly expensive gift, he asked if he could take her on a date, she responded, “we have a wonderful relationship… in here.”  Oh the awkwardness. It must have felt like a knife through his heart. When I recounted this story to one of our co-writers, he said, “we have to write that!” We worked so hard to avoid anything sexually suggestive or titillating. We wanted the song to focus on the dysfunctional relationship, on the unrequited love, not the sexually charged setting of the song. We avoided any references to nudity, disrobing, lap dances, etc. on purpose. We write music to make our listeners think about and reflect on the relationship we were describing, because it was a relationship, even if it was transactional in nature. Relationships come in all shapes and sizes, and sometimes, only one person in a relationship is in love, and that’s sad, but not so uncommon.

Q:  Where can we catch you playing live in the near future?
A:  We have intentionally avoided playing out, but for the very occasional gig, in part to maintain the mystery, and in part because we want to have a solid two to three sets of music and a following before we go live. We’re not in a hurry, and our online fan base is growing nicely. Dancing With Dakota just today crossed 35,000 streams on Spotify, which is a personal best for the band. Our song, Comeback, was part of an animation contest with the FlipaClip app and attracted some 1,600 animations which, in total were viewed some 5 million times! There will be a point in the near future, we expect, when we’ll have to tour, but that time is still a few months away we think. You may catch Eric performing in Nashville at songwriter rounds (occasionally in Miami), but that’s just him testing our new songs to an audience to see how the songs are received. It’s part of our process.

Q:  Perhaps in some unspecified amount of time, your musical career explodes in the best of ways…what does that look like for you?
A:  Performing to a large audience of people who already know our music is the dream. Nothing is more thrilling to a performer, I think, than to see members of the audience singing the song because they know the words. There is no greater compliment, no standing ovation, no amount of applause or cheering that is more flattering than seeing the audience sing your songs. That’s our fantasy world that we hope will one day come true.

Q:  You get to collaborate with anyone of your choosing. Who is it?
A:  In terms of songwriters, our heroes include: Max Martin (we all have a dream), Liz Rose, Brandy Clark, and Shane McAnally. In terms of artists?  Give us a guitar solo by Eddie Van Halen any day of the week. A vocal cameo by Michael Bublé or John Rzeznik of the Goo Goo Dolls, or Aaron Lewis (two of the greatest voices in the history of all music in our humble opinion).

Q:  Your favorite album of all time?
A: To choose a favorite album we have to go back in time to when albums reigned supreme. It was a tough decision for us with much debate and discussion. In fact, we answered this question last as we couldn’t agree. We considered the Eagles’ Hotel California and various Beatles albums, but settled on Billy Joel’s The Stranger for its songwriting. We consider ourselves, first and foremost, songwriters, and performers second. The Stranger has so many timeless hits including, Movin’ Out (Anthony’s Song), and most importantly, Scenes From An Italian Restaurant, which is one of those songs with so many fascinating parts and changes that we believe it qualifies as an epic in terms of being a definitive masterpiece, similar in quality to Queen’s Bohemian Rhapsody, another truly epic piece. A close second, in terms of awesomeness, would be Billy Joel’s, 52nd Street.

Q:  Your favorite song of all time?
A:  10cc, I’m Not in Love. Remarkable songwriting achievement based on an unreliable narrator—the literary technique of writing in such a way that the listener doesn’t trust the narrator—we are the only ones who know that the narrator, the singer, is deluding himself. He sings that he’s “not in love” when every action and statement he makes suggests he is in love. Gorgeous melody and lyric.

Q:  What would you like fans to know about you that they’re most likely unaware of?
A:   We are all incredibly good looking and in great shape.

Q:  Any shout-outs you wanna make?
A:  We would like to the thank the Dos Equis man for being so interesting. His business card says, literally, “I’ll call you.”  We would like to hate on Bruno Mars for being so ridiculously talented. His song, When I Was Your Man, nearly kicked our asses. We almost bailed on the song several times, especially vocally. He makes it sound easy. It wasn’t. We did our best to honor his work, and attempted to make it a big orchestral production like the Aerosmith song, Don’t Want To Miss A Thing, complete with horns and strings and a queen harmony guitar lead part, and again, it nearly kicked our ass. He has way too much talent for an ordinary human being. We think he was genetically engineered. We’d like to thank Brandy Clark for making us cry with her song, Stripes. We heard that song, and almost cried—not out of sadness or laughter, but realizing that this was our competition (songwriting-wise), and that that level of writing existed was humbling. Yes, it’s a funny, fun song, but the writing that’s on display in that song is awe-inspiringly, jaw-droppingly BRILLIANT. Go Brandy! Her writing is the gold standard. We aspire to rise to her level of Awesome. (Yes, she deserves the capital “A” in Awesome). We’d like to thank Butcher Town Hall restaurant in Nashville for their unholy trinity of meat (called simply the “Trinity” on their menu), and their tequila tasting menu. Our good friends at the Patterson House in Nashville—the best speakeasy in Nashville with the best bar bites and craft cocktails maybe anywhere. And Pubbelly Sushi in Miami South Beach for their snow crab roll with clarified butter. We’d like to shout out to our marketing agency, Dotted Music for tolerating our schedules and pace.

Q:  Anything else you’d like to add?
A:  Sure. We’d love to hear from anyone who enjoys our music. Direct message us on Twitter, Facebook, Instagram or YouTube or wherever you find us. We crave feedback on our songs. We genuinely love to hear from folks, and we ALWAYS write back. Eventually. Sometimes we’re slower than other times, but that’s always due to our schedule making or writing music.

<< Go to our full music review of Tell Her I Love Her’s single, Dancing With Dakota

Listen to DANCING WITH DAKOTA by TELL HER I LOVE HER:

Share TELL HER I LOVE HER with your people: