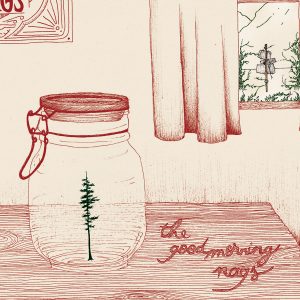 The members of the New York City based six-piece country-folk ensemble known as, The Good Morning Nags, have found a bit of fate in one another’s company. The group originally formed while attending the University of Evansville. Then, spit up to pursue other endeavors, only to reunite back in NYC, years later.

“…we’ve been embracing the stylistic ambiguity.”

Performing hundreds of busking gigs all over the Big Apple, everywhere from Central Park to subway platforms, the group forged a musical chemistry which paralleled their growing friendships. 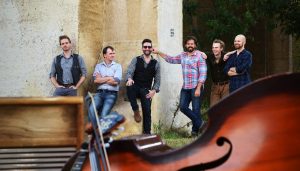 Mixing several genres into one delightfully ambiguous sound, the Nags have released a raucous, self-titled EP, which contains our favorite track, Mount Holler. Containing elements of bluegrass, Irish, country, and folk, this lively number showcases the boys reputable harmonies and veteran musical chemistry, in an inspiring ode to all things life…

“Hello, I got nothin’ left to lose
Where I die, I don’t get to choose…”

BELOW:  Listen to The Good Morning Nags song, Mount Holler, and connect with their website and social media platforms. Please support The Good Morning Nags by visiting them online, and playing, downloading, and/or purchasing their music. And, as always, thank you for supporting real music!