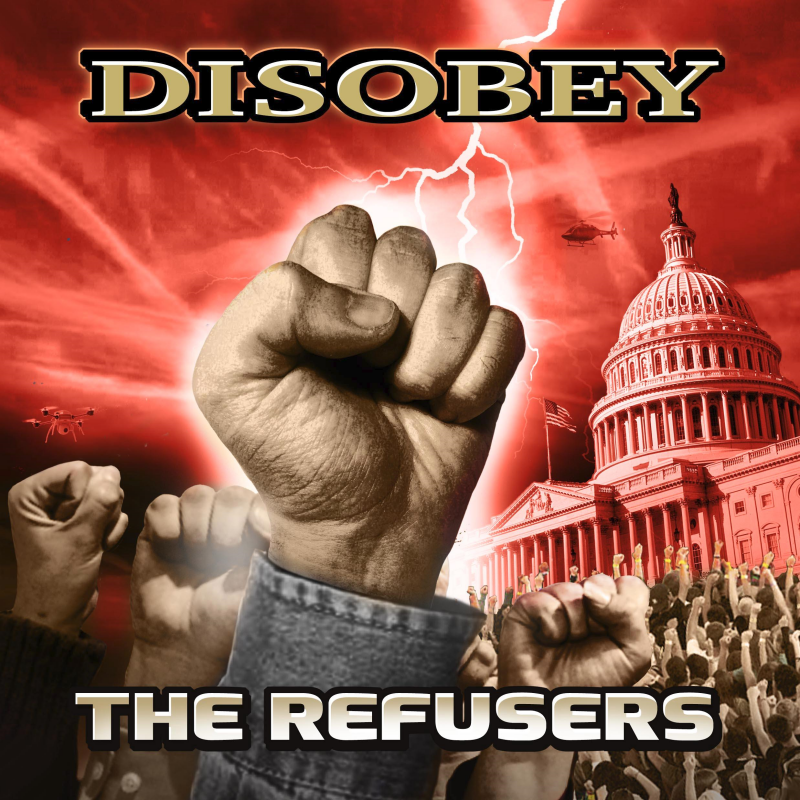 Founded in 2010, as a sonic source of civil disobedience hell bent on setting the political, cultural, social and economic records straight with the use of good old-fashioned rock n’ roll, is Seattle, Washington’s own The Refusers.

Fronted by former Wall Street insider, Michael Belkin (singer/songwriter, guitar), and backed by, Steve Newton (bass, vocals), Joe Doria (keys), and drummers Sebastian Belkin (Michael’s son) and Brendan Hill (from Blues Traveler), this boisterous bunch have peeked behind the curtain of our modern-day, neo-political zeitgeist, and have thus dedicated their music to making as much noise as possible in order to educate, motivate, and retaliate.

I’m not gonna lie, I’ve got a special place in my heart for this brand of spirited, truth-first effort. And, considering the group’s previous albums, which include, 2013’s First Do No Harm, and 2016’s Wake Up America, I admire their stamina and sense of resolve as they load up album number three, the crucially blunt, the rebellious and necessary:  Disobey.

“Freedom is slavery. Ignorance is strength. War is Peace…” is the rant as Belkin gives voice to the oxymoronic methods used by those in power, as he and his Refusers erupt from the starting line with the angsty and slightly punk opening track, Playing With Fire, a piece which clearly and unequivocally sets the tone and intention for the remaining eight tracks.

“Freedom is slavery. Ignorance is strength. War is Peace…” 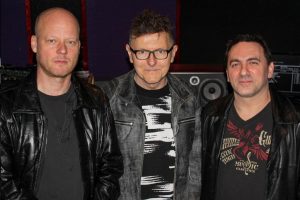 OUR FAVORITE TRACK…
Why Do They Lie offers a 70’s style psych-rock twist on the pharmaceutical industry’s notorious greed and misrepresentation. Especially digging the laser tones in the solo at 1:35! …

“They’ve got you caged! Take off the chains! Disobey!”

As a tirade which wails against the culture’s addiction to the profit center known as the corporate media, The Refusers give us, Fake News, a plea to end our mass-misinformation by turning off, disconnecting, and disassociating from the lies, lies, lies.

“Big business rules with a democracy veneer
And everything is genetically engineered!
…EMANCIPATION!”

IN CONCLUSION…
Nine parts rock and roll—one part punk. A controlled burn. Rage on a tap. The Refusers third studio album, Disobey, bitches and moans for the sake of the people, but does it with tasteful musical chops. Classic rock guitar riffs, sharp on-point percussion and bass, tasteful organ backdrops, and, of course, Belkin’s vocal timber—which could be described as some twisted hybrid of Ozzy and Bon Scott, all culminate to create an end-product that is both culturally relevant, and entertaining. If you’re compelled by rock with a political twist, I invite you to raise your fist right along with The Refusers.

BELOW:  Listen to music from The Refusers’ album, Disobey, and connect with their website and social media platforms. Please support The Refusers by visiting them online, and playing, downloading, and/or purchasing their music, or attending a live show! And, as always, thank you for supporting real music!

Listen to music from THE REFUSERS’ album, DISOBEY: