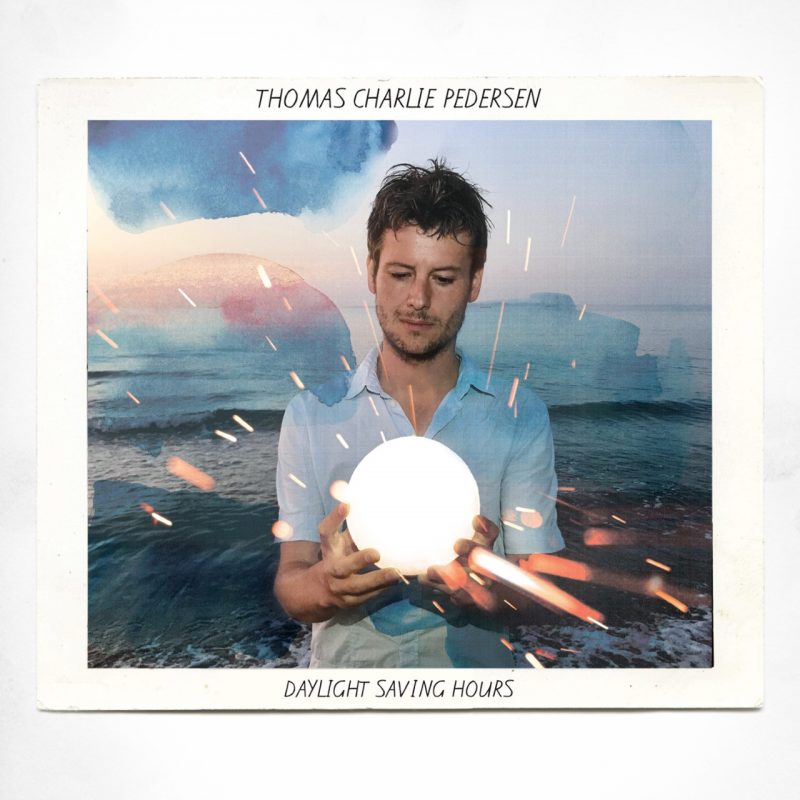 In 2016 we described his debut solo album Second Hand War, as “…lovely music, in rare company”, describing it as, “If Cool For August’s lead singer, Gordon Vaughn, made a record with Alexi Murdoch, and while doing so they both reminisced over John Lennon. Also, Oasis is in the waiting room next door.”

And while that album was very inner-personal, things have changed. Fast forward three years, and like many indie musicians over the past few years, Copenhagen, Denmark-native singer-songwriter, Thomas Charlie Pedersen’s music has since begun to reflect the stark contrasts and amplified tensions of the outside world. That reflection, in great part, has inspired his sophomore album, Daylight Saving Hours.

“The title ‘Daylight Saving Hours’ is a wordplay on the expression ‘daylight saving time’. These songs try to hold desperately onto the light in a world which just seems to be getting stranger and darker.”

Recorded in a Norrebro, Copenhagen apartment, Thomas played all the instruments while his brother Daniel contributed some guitar overdubs, arranged strings, added vocal harmonies, and handled the recording duties. Initially intended to be nothing more than a few demo recordings, it was eventually decided that an album had serendipitously occurred. (Spoiler alert:  We think you’ll be glad.)

In minimalist acoustic fashion, The Meriwether Pull is like a gentle dose of shock an aw. And while Thomas may seem overwhelmed in his plea to Superman (“Clark, I’m in trouble now…”), there is still hope. Light keys and vocal harmonies round out the sound of this unique piece. 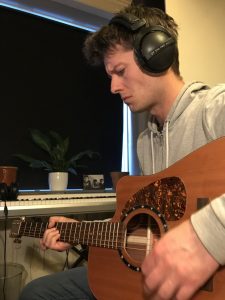 The soft melancholy and and finger-style of Movables feels a bit like Jim Croce.

Gorgeous, subtly-delivered harmonies gently lace a tale of missed connections and a lack of presence in Must Be The World. It kinda feels like mid 90’s Green Day doing folk.

The 1:12 instrumental that is, The Witty Moniker, has a Chariots Of Fire Feel. It’s just long enough to get your attention; just short enough to make you hit repeat.

Rich acoustic guitars fill-out the sound as subtle synth tones slowly reveal in, Stay True. Love for the sake of love and nothing more—this track seems to pay homage to an old-fashioned brand of caring…

A Jim Croce-esque melody and finger-style emerge once more in, Faithful Mistress. This tender guitar piece is easily the best technical execution on the album, and a fine bit of production as well.

Four minutes and twenty seconds of ambient orchestrally-laced piano bliss conclude the album with its title track, Daylight Saving Hours. It feels a bit like something off of The Smashing Pumpkins’ – The Mellon Collie Demos over twenty years ago. It’s a brave and wonderful way to end an album.

IN CONCLUSION…
Warm in total. Tender and deeply personal. A melancholy labor of love. Thomas Charlie Pedersen’s second solo album, Daylight Saving Hours, began as a demo project, but ended as a fully-realized collection, both naked and minimalist. Centered in theme around the idea of loss—lost love, lost community, lost trust, lost hope—through it’s sparkling and colorful acoustic melodies this album is anything but dark or bleak. On the contrary, the truthful prose and the dabblings of synth, strings and harmony coalesce to form a body of work as unique and fruitful as his debut, and perhaps even more so. For those of you who enjoy densely substantive singer-songwriter art, this is your album.

WHOSE LOVECHILD…?
Jime Croce and Paul McCartney meet the guitar-stylings of Alexi Murdoch…

BELOW:  Listen to Thomas Charlie Pedersen’s new album, Daylight Saving Hours, and connect with his website and social media platforms. Please support Thomas Charlie Pedersen by visiting him online, and playing, downloading, and/or purchasing his music, or attending a live show! And, as always, thank you for supporting real music!