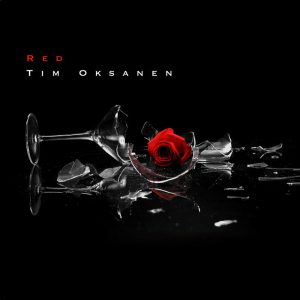 Native to Brisbane, Queensland, Australia, singer/songwriter, Tim Oksanen, developed a love for making music long ago. The son of a pastor, it all began as a kid playing keyboard in his mother’s church band.

Fast-forward many years, and to no surprise, music has become an important—and at times therapeutic—feature of his life. For, despite the fact that Tim has been immersed in his studies as a medical student for the past four years, he’s still managed to carve out enough time to record his official debut, solo album, Red; a project he created with the hope and intention of bringing about healing, inspiration, encouragement, and empathy to others going through tough times.

The album opens with the soft and jazzy, Wonders (feat. Janet O’Sullivan); a song with a gentle sound and a divinely curious message…

OUR FAVORITE TRACK:
With an impressive and inspiring suggestion for all of us to find the beauty and the wholesomeness in every situation, the album’s title track, Red, is as strong and inspiring as a title track should be. A piano-based melody supports Oksanen’s strong vocal and writing efforts to create one truly lovely song… 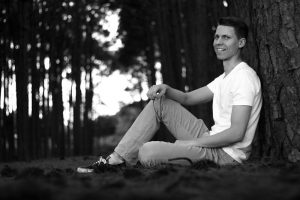 Delicate finger-picking, keys, violin, vocal harmonies and more, all merge to create the beautiful ballad, Love’s Dance (feat. Naomi Oksanen). The track takes its time, and is a clear example (for any music-head) of the tender-loving-care and focus which was taken to create this album.

The rich, fully-symphonic soundscape of the instrumental, The Joanne, creates an imagination-stirring sonic voyage which, at 2:50, left me wanting more.

Petrichor, the album’s third instrumental, tastefully incorporates celestial synth tones, a rolling piano melody, and a sweet bit of violin. The track climaxes at the 2:00 mark, begging to be placed on the sound-score of the next great romance film.

IN CONCLUSION…
I’m going to do something here which I’ve never done before. I’m going to admit that before I listened to this album—I made an assumption. I assumed it was going to be your average singer/songwriter collection. I assumed that Oksanen’s talent would be ample and worthy of our review, but that the album as a whole would not leave a lasting mark on my musical memory. I assumed all of those things. I judged a book by its cover.

As a whole, Red is rich and full of well-executed sonic-contrast. Highly competent, vocally stirring pieces are rivaled—in equal measure—by their instrumental-based counterparts. Concerning the vocal presence of Oksanen, O’Sullivan and company (which is just damn lovely), what this means is that it leaves the listener to simultaneously love their presence—and their absence. And, in an age where most popular music is packed to the gills with empty words and meaningless monikers, it’s wildly refreshing to discover a good instrumental piece. (This album offers three.) All in all, Oksanen’s four-year labor of love has paid-off, as he has created a project worthy of music fans everywhere, particularly those inclined to lean more toward sound with substance, intention, and heart.

Let me also add that investing in the talents of George McArdle on bass was a wonderful decision, as his contribution creates a strong melodic foundation throughout the album.

BELOW: Listen to music from Tim Oksanen’s debut album, Red, and connect with his website and social media platforms. Please support Tim Oksanen by visiting him online, and playing, downloading, and/or purchasing his music. And, as always, thank you for supporting real music!