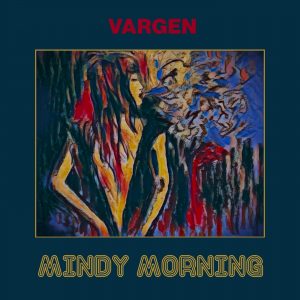 We last heard from Swedish artist Vargen (AKA Reine Johansson) a few Christmases ago with his release of To Stockholm From L.A., a stunning holiday track we found to be a “soft and gentle composition [that] takes a melancholy look at the difficulties that come with being away from loved ones at the end of the year.” We were of course thrilled to get our hands on his next single release, a track in a very different vein than the last that we’ve learned is also the first off his upcoming debut album of original material. Mindy Morning is an inviting soft-rock number that highlights Vargen’s excellent songwriting, clear artistic vision, and definitive influences in one bright and cohesive package.

There’s a wonderfully warm and sunny retro sound to this track. The introduction is a textured and mysterious melodic line with some alternative influence that drops us gently into a rolling beat accompanied by Reine’s signature smoky vocals, which have consistently been a highlight in his work and are once again in this release. The backing band here is well blended and balanced, providing a stable but never overstated tapestry for the main melody flanked by strummy guitars and a delightful and unexpected Minimoog solo.

The songwriting operates in a similar style, maintaining a simple structure that not only mirrors writing of days gone by but allows the focus to remain on the complex musical elements for much of the track. But simple does not equate to uninteresting, and there’s a few very notable turns of phrase in the writing here that unsurprisingly brings to mind the work of Bob Dylan (for the uninitiated, Vargen is well known for their covers of Dylan’s work). There’s a whimsical lightness in the word choice, but both meaningful and fantastical storytelling in their placements:

“Mindy was a fire-eater, did her flicflac and then blow
I know I just gotta meet her, I wonder if she still got that glow
Speaks of the silver moon, the daisies, the howlin’ rain
The air’s a-tremblin’, I’m doomed – all Mindied again” 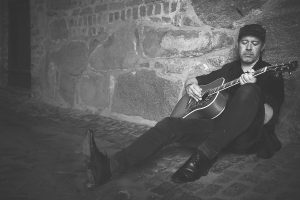 Pulling in all the elements we’ve learned to love about a Vargen release, this single sets a high bar for the upcoming debut album. Upon listening to Mindy Morning it’s clear that all his work perfecting his renditions of Dylan’s music has paid off in the best possible way, and we find a fortified songwriter with a true throwback sound working in a very similar vein at the center of this single. Fans of Dylan will absolutely not want to miss the full length release coming in the near future, but Mindy Morning will no doubt hold you over in the meantime.

BELOW:  Listen to Mindy Morning and connect with their website and social media platforms. Please support Vargen by visiting him online, and playing, downloading, and/or purchasing his music, or attending a live show! And, as always, thank you for supporting real music!

Listen to MINDY MORNING by VARGEN: