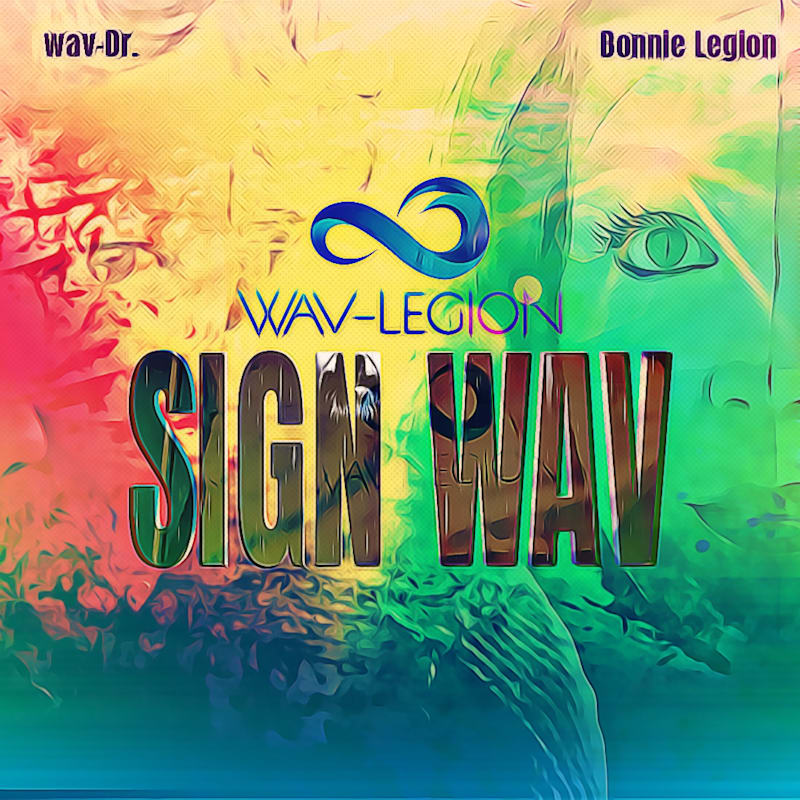 With over a thousand tracks released during their long history of respective collaborations, BC Canada-native wav-Dr. (a.k.a., Dave Ronald—musician, producer, video production), and California-native Bonnie Legion (a.k.a., Shavon Bonnie Legion—singer-songwriter, cover artwork, video production, video editing) met during a serendipitous encounter on a block-chain music site in 2018.

“We are both fusion style chameleon artists who like to really play with the sound spectrum, take risks and experiment with other artist’s flavors.”

The uniquely funky, Isolate, opens the album with a hip-hop approach and a woke-culture anthem. Honestly, I wasn’t expecting this—at all; and it’s damn good…

“Paradise lost, clever devil
It’s the soul that sees, not the eyes on the level
Is it art for art’s sake
Or art for god’s sake
Is tyranny in heaven ’cause we lost the landscape

OUR FAVORITE TRACK… Following closely in the footsteps of its predecessor, Bond, brings that same guitar distortion juxtaposed with another dope electro-style beat. (Think:  Phantogram). This is an intelligent engaging track, radio and/or soundtrack ready.

“We can all live together. It’s gonna be just fine
It’s trillions of miles to the nearest star, may we all get the chance to shine…” 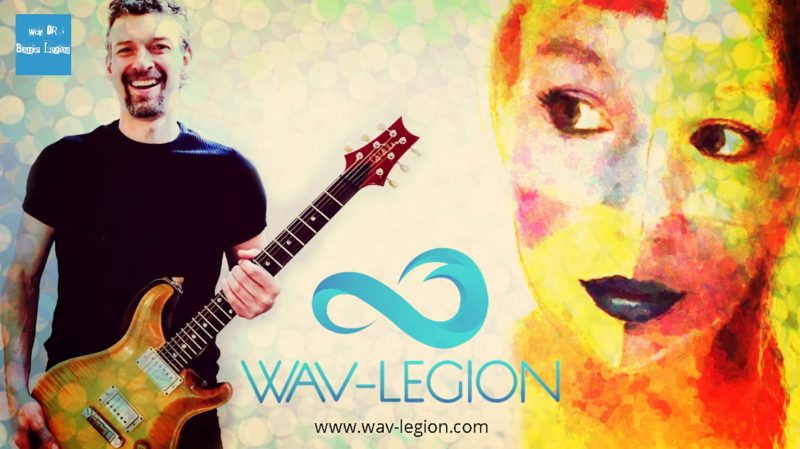 Good Man Ban Man sports a sick guitar riff and an observant message which Legion applies to both your man, and your president. It’s an intense and focused 3:14.

You Don’t Own Me feels like Phantogram cut a track with NIN. The delicate acoustic notes picked over that heavy, distorted electronic rhythm is just fantastic.

Electro-pop club stuff in, Change, is both physically moving, and intellectually inspiring. In minimalist fashion, the whole thing is little more than a synth riff, kick & clap, a few delicate acoustic notes, and Legion’s plea…

“Change. I’m callin’ for change
Something needs to change
Stop running away…”

The redemptive and aptly-titled, Sparkle, offers a restful exhale from the album’s otherwise focused exertion. It’s a reminder and a celebration of the natural world right outside the window.

“I just wanna love and be loved, is it okay?

Concluding is the album title track, Sign Wav. A distorted rock guitar riff intros, followed soon by what can only be described as a hip-hop meets ambient dance electronica. It’s just incredible—and once again—incredibly unexpected. Because, at the end of the day, this is what we call in hip-hop a “resume track”; and what’s most ridiculous is Legion’s mic swagger, her flow, her boss-ness. For, writing words is one thing. Delivering them, that’s something altogether different. Legion delivers with Jason Bourne-esque confidence and precision.

IN CONCLUSION…
Truly an album for this moment, this time. A brilliant melding of zeitgeist-level-frustration and musical genius. A wildly unique, intelligent, high-energy fusion of electronic, urban, and indie styles. Wav-Legion’s latest album, Sign Wav, is not only musically explosive, it also offers strong substantive opinions and perspectives on sexuality, politics, society, love, and lord knows what else. There are stories here that are worth exploring—particularly when contrasted with the unthoughtful, generic sonic manipulations typically found in modern pop music. To be blunt, this album has balls. Big ones.

From a strictly musical and production standpoint, wav-dr. has a vast and explorative mind, arguably visionary in his ability to combine particular acoustic and electronic elements as well as seemingly contrasting mood textures. Bonnie Legion’s vocal timbre is some powerful and iconic-sounding concoction of Alanis Morissette, Adele, and Lana Del Rey. (And I’m quite certain that I’m missing someone.) She’s confident, articulate, and clearly no one with which to be messed. The combination of the Dr.’s production and compositional-aptitude, and Legion’s delivery, work in a deeply engaging manner that not only appeals to the rhythm-junkie in our mind, but the intellect as well. This is an amazing album. Check out Sign Wav below.

BELOW:  Listen to music from Wav-Legion’s album, Sign Wav, and connect with their website and social media platforms. Please support Wav-Legion by visiting them online, and playing, downloading, and/or purchasing their music, or attending a live show! And, as always, thank you for supporting real music!