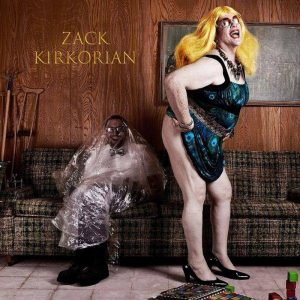 Producer, singer/songwriter, keyboardist, guitarist, and a generally experimental soul, Zack Kirkorian has led a most exciting and curious life.

“I do take my music serious, but I’ll leave world peace up to Bono.”

He was born disabled in his lower extremities, though, that fact has done nothing to slow down neither his creative intentions, nor his abilities, as throughout his youth he spent time performing on the Sunset Strip, and was also briefly the keyboardist for hairband rockers, Warrant. (No excuses, people.)

His latest album, Exercise in Stupidity, has already attracted its fair share of attention with an outrageous cover—an image about which Zack simply stated in a fun interview with Indie Band Guru, “…it’s OK if you don’t like it. It’s better than being ignored.” It’s fair to say that he likely feels the same way about the music he makes—tirelessly, we might add.

“…rock guitars over funky beats, that with a full dose of silliness, and you got Zack.”

Seriously, Love Me Now (OEM), sounds like Sammy Hagar-era Van Halen made a track with Cold Play, along with what can only be described as a twist of Kirkorian. Waves of synth, ambient and fuzzed-up guitars, and a comical skit-outro. A little something for everyone on track one. 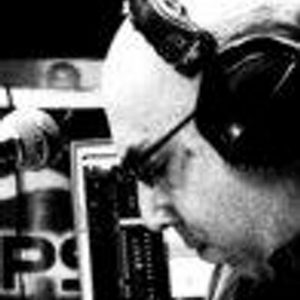 In what could be described as nine parts Right Said Fred, and one part Marilyn Manson, Cinch it Down Tight, was designed to get caught in your head. Success.

The brief ambient, electric solo at 2:03—all on its own—makes, I Could Never Hurt You, worth a listen.

Press One:  LOL! You know you’ve been there too!

We Gonna Dance sports classic rock guitars playing behind a dance rhythm, synth injections, and an overall chilled-out vibe. By the end of the track once again, I’m thinking Hagar-era Van Halen. Am I nuts?!?!

OUR FAVORITE TRACK…
Plenty Of Reasons immediately reminded me of Dosage-era Collective Soul.

IN CONCLUSION…
All indications suggested that this was going to be an interesting—and at the very least—entertaining album. I was not disappointed. Whether it be his dog, his woman, or simply his own thoughts, if it inspired or entertained Zack—it was put on this album—and generally had the same affect on me.

From a strictly musical standpoint, Kirkorian’s Exercise In Stupidity is loaded with fine musicianship, and a no-holds-barred approach to songwriting. Specifically, he soars with an electric ax in his hand, creating licks that range from smooth and celestial—to fuzzed-up and grimy—all of which are consistently entertaining. For a unique ride into a truly experimental realm, check out Exercise In Stupidity below.

BELOW:  Listen to Zack Kirkorian’s album, Exercise in Stupidity, and connect with his website and social media platforms. Please support Zack Kirkorian by visiting him online, and playing, downloading, and/or purchasing his music. And, as always, thank you for supporting real music!