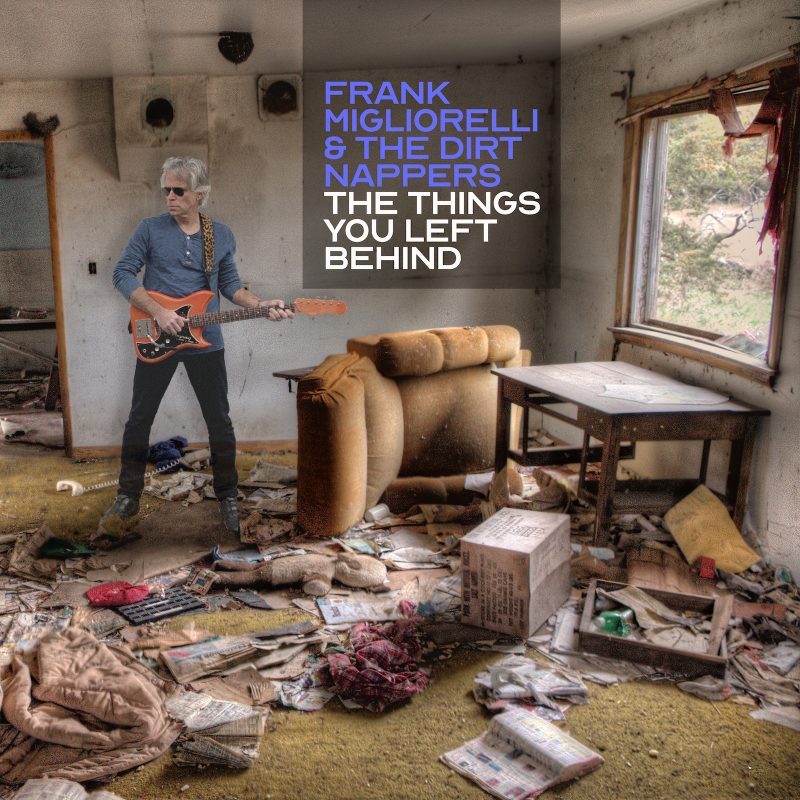 In July of 2017, we called their album, Bass, Drums, Guitars & Organs, “…a rare instance of near flawless fundamentals.” (And we weren’t joking.) Last year, we described their single, She Moves Like A Mystery, as “…oh-so-lovely.”

Yet, none of this comes much as a surprise when you stop to consider that Frank Migliorelli & The Dirt Nappers have shared the stage with the likes of Gavin DeGraw, Southside Johnny, Steve Forbert, Joan Osborne, and others.

Opening with the album’s title track, The Things You Left Behind, Frank and company do what they do best:  take something broken, something serious, something disheartening… and make it sparkle, make it fun. With a 50’s-rock-style groove, and an Orbison-esque timbre, what we have here is the theme song to the next iteration of Friends. 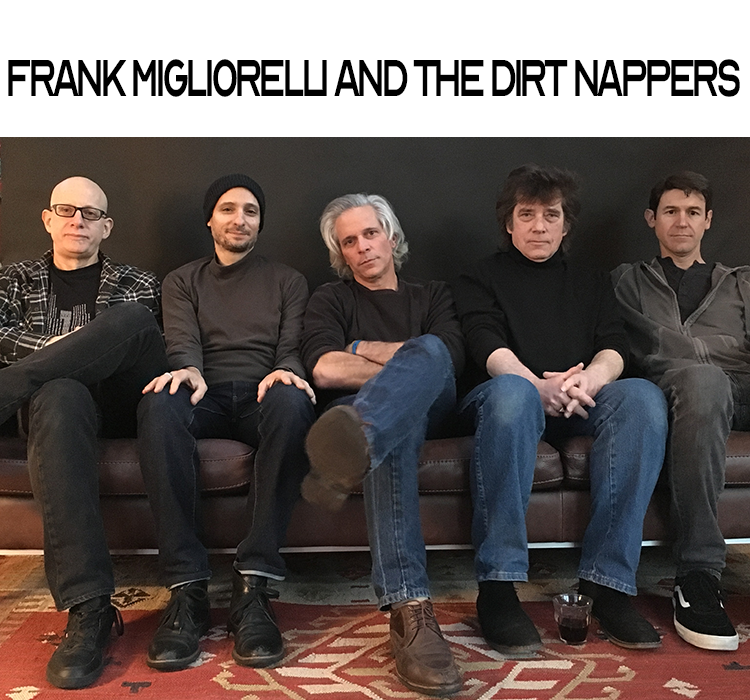 OUR FAVORITE TRACK…
She Moves Like A Mystery never gets old, never tires in its ability to warm a room, create a smile, and encourage that long, deep breath on a Friday night after a long week. Damn, it’s oh-so-lovely…

Take It Back rebels tastefully against the machine of our capitalistic, over-tech’ed, anti-social culture…

“Now I’m turning off the TV, I’m hanging up the phone
I’m feeling anti-social, but I don’t want to be alone
I’ll find another way to see the forest from the trees
I’m fighting for survival, and I’m doing what I please…”

The sweet, tender accordion melody and drifter storytelling in Vagabond Shoes feels like something from a safe world long past.

Late 70’s Petty lives again in The Fire Inside. Dig that bass-line.

The bluesy, 80’s-style downtown southern swag in, The Key To Your Heart, feels a bit like Hall & Oates cut a track with The Fixx.

Steel guitars and country-plucked strings lighten the mood in Every Bartender In This Town Knows My Name. Think:  Cheers in Nashville.

IN CONCLUSION…
Light and effervescent. Unassuming and substantive. Uncommonly skilled musicianship. Whether it’s 50’s, southern, country, pop, Americana, or folk, Frank Migliorelli & The Dirt Nappers are at all times cool and composed with each song’s respective rock muse of choice in their third studio album, The Things You Left Behind.

Incorporating—as we have come to expect—a superbly-mixed collective of veteran music-smiths with Migliorelli’s gentle-yet-direct, subtle-though-honest brand of storytelling and songwriting, the album comes off crisp, clean, and wildly enjoyable—all while leaving no topic off limits, from broken hearts to gun laws.

Listen to THE THINGS YOU LEFT BEHIND by FRANK MIGLIORELLI & THE DIRT NAPPERS:

Share FRANK MIGLIORELLI & THE DIRT NAPPERS with your people: