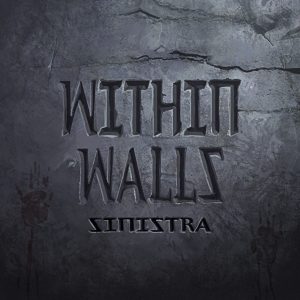 We’ve heard quite a bit lately from Sinistra, the musical alter ego of Costa Rica based artist Antonio Masís. This project has led him to collaborations with countless other artists (both musical and graphical) to develop incredibly unique and expressive styles and tones that carry the intentions of his music to new heights. We’ve had the pleasure of listening to both Art of Manipulation and Voices of Dawn, and have been treated to complex, expertly produced pieces of music that evoke a range of thoughts and images.

We’re thrilled to have our hands on his third single released under this project titled Within Walls. This track features a brand new set of performers – Sonia Bruno (cello), José Valerio (violin), Jose Sibaja (guitar), and Alberto Terán (drums), with Masís once again on bass and vocals. We prepare to dive deep into another masterful musical journey – this time it’s dark, at times dreamy, dramatic, heavy, and pressurized.

“I wrote this song because I think many people can relate to the feeling of being trapped; of feeling like you’re growing into something but with limited space to fill. It’s a song about the constant pressure to evolve, to change/grow that can sometimes get into the psyche of a person and limit that individual’s potential.”

Like all previous Sinistra songs, this one also clocks in at over 6 minutes. But this consistency of being near double the length of a typical track gives these songs twice the amount of time to develop their various sections. This unique approach allows these tracks to grow and for Masís to experiment in ways that you might not get to experience otherwise. This track moves seamlessly between dreamy prog-rock tones and heavy, aggressive sequences that coincides nicely with the message being presented in the lyrics.

Masís himself says this song was not written about the pandemic, though it’s easy to draw comparisons based on the title alone. Within Walls was inspired by the idea of pressure building within an enclosed physical (or mental) space, and draws on feelings of being trapped and being pressured to grow under difficult circumstances. If you keep that idea in mind while listening, the arc of the song almost feels like a reflection of the theme – a slow build into a firey, pressurized explosion that gradually returns to a stable, smoother equilibrium.

The lyrics capture the theme in a poetic, insightful way as we’ve come to expect from Sinistra. We particularly like the phrasing in the third verse: 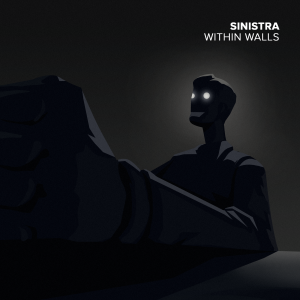 It’s dark and suggestive and captures the essence of the message at hand, directly referencing the feeling of a need for growth and the internal conflict being created by the restriction. It’s difficult to pack so much meaning into so few words, but we find again and again in Sinistra tracks that Masís has no trouble writing both concise and evocative lyrics.

The addition of the strings is another highlight of this track and is something that sets this number apart from the previously released songs. The cello and violin parts add a certain dynamic that gives the track an orchestral, suspenseful feel whenever they’re present. On first listen, you might only notice them when they’re being featured. But on a second or third time through the track, you can feel the energy of the song definitively change both with and without their more subtle presence. It’s yet another masterful show of production and arranging skills from Masís.

Within Walls has proved to be another successful Sinistra release. While Antonio Masís‘ trademark dark and foreboding tones can be found throughout each recent song, each track truly takes on a life of its own and embodies a unique concept that’s executed at the highest level. Within Walls is no exception – the contrast between heaviness and smoothness, the excellent instrumentation choices, the skillful and dynamic musical performances, and the deft and insightful lyrics all come together flawlessly to create a listening experience that feels like watching a movie through sound. The works of Sinistra have been some of the most complex and enjoyable pieces we’ve heard this year, and we look forward to many more releases from the undeniably talented Antonio Masís.

BELOW:  Listen to Within Walls and connect with his website and social media platforms. Please support Sinistra by visiting him online, and playing, downloading, and/or purchasing his music, or attending a live show! And, as always, thank you for supporting real music!

Listen to WITHIN WALLS by SINISTRA: